Brief facts of the case

In J. Vedhasingh10, the appellant had lodged a complaint against Respondents 1 to 4 under Sections 120-B11, 40612, 420 and 3413 IPC after filed a complaint under Section 138 of the NI Act. The Madras High Court had quashed the institution of the case under Sections 120-B, 406, 420 and 34 IPC pending against the Respondents 1 to 4 ruling that the continuance of proceedings for complaint under IPC whilst complaint under Section 138 of the NI Act is pending on the same facts and cause of action would amount to an abuse of process of the court. Seized by the impugned judgment of the Madras High Court, the Supreme Court adverted to two legal propositions for which reference was sought to the larger Bench; firstly, whether the ratio of the judgment, in G. Sagar Suri14 and Kolla Veera Raghav Rao v. Gorantla Venkateswara Rao15 lay down the correct law? Secondly, whether on a similar set of allegations of fact the accused can be tried for an offence under the NI Act and also for offences under IPC?

Analysis of the pronouncements made in G. Sagar Suri and Sangeetaben Mahendrabhai

On the other hand, an appeal was preferred in Sangeetaben Mahendrabhai20 against the judgment of the High Court of Gujarat wherein the High Court had dismissed the application filed by the appellant under Section 48221 CrPC for quashing a criminal case pending before the Chief Judicial Magistrate, Patan on the plea of double jeopardy for the reason that the appellant had already been tried and dealt under the provisions of Section 138 of the NI Act, 1881. In Sangeetaben Mahendrabhai22, Respondent 2 had filed a complaint under Section 138 of the NI Act and an FIR under Sections 406/420 IPC for the offence of criminal breach of trust, cheating, abetment, etc. The appellant stood acquitted in the criminal case under Section 138 of the NI Act and submitted that he cannot be tried again for the same offence. The Court in Sangeetaben Mahendrabhai23 ruled that although there may be some overlapping of facts for complaint under NI Act and Section 420 IPC, the ingredients of the two offences are entirely different and thus any subsequent case is not barred under law.

On the other hand, Sangeetaben Mahendrabhai27 had stipulated that the subsequent institution of a complaint under IPC after a complaint under the NI Act does not amount to the accused being punished twice for the same offence as the said two offences are different in nature. The Court in Sangeetaben Mahendrabhai28 had distinguished the judgment of G. Sagar Suri29 by holding that the issue as to whether the ingredients of both the offences were the same had neither been raised nor decided by the Court in the judgment of G. Sagar Suri30. The question of whether parallel prosecution under the NI Act and IPC constitutes an abuse of the process of law itself was not adjudicated by the Court in G. Sagar Suri31. Similarly, the Court in Kolla Veera Raghav Rao32 had held that once the conviction under Section 138 of the NI Act has been recorded, the question of complaint under Section 420 IPC is hit by Section 300 CrPC as well as Article 20(2)33 of the Constitution of India (the Constitution).

The tenability of successive complaints based on similar set of allegations: Indicia of identical offence and the bar of double jeopardy

Section 300 CrPC provides that a person who has once been tried by the court for an offence shall not be liable to be tried again for the same offence, or on the same facts for any other offence. The principle of double jeopardy is a well-established principle of criminal law. The rule of double jeopardy is also enshrined in Article 20(2) of the Constitution which provides that no person shall be prosecuted and punished more than once for the same offence. Moreover, Section 26 of the General Clauses Act, 189734 also provides that where an act or omission constitutes an offence under two or more enactments, then the offender shall not be liable to be punished twice for the same offence. The crucial requirement for attracting Section 300 CrPC is that the previous and subsequent complaint constitutes the same offence i.e. they should be identical. If, however, the two offences are distinct, then notwithstanding that the two allegations of facts in the two complaints might be similar, the benefits of the bar of double jeopardy cannot be invoked. Thus, the pertinent question is whether parallel prosecution under NI Act and IPC would amount to punishing the accused twice for the same offence.

The Court in Sangeetaben Mahendrabhai35 ruled that the ingredients of the two offences, namely, Section 138 of the NI Act and Section 420 IPC differ in terms of ingredients and do not constitute the same offence.36 In terms of whether the two complaints amount to the same offence or not, the test is whether the former offence and the offence subsequently charged have the ingredients in the sense that the facts constituting the one is sufficient to justify a conviction of the other. In State of Bombay v. S.L. Apte37, the Court had held that a plea of autrefois acquit is not applicable unless it is shown that the verdict of acquittal of the previous charge necessarily involves an acquittal of the latter. In order to determine whether the two offences are identical, it is necessary to analyse and compare not the allegations in the two complaints but the ingredients of the two offences.38 In Sangeetaben Mahendrabhai39, the Court ruled that it was the facts justifying the conviction and not the facts relied on by the prosecution that is necessary for the application of the doctrine of double jeopardy.

Given the difference in the facts justifying the conviction, the Court in Sangeetaben Mahendrabhai40 ruled that the bar of Section 300 CrPC did not prevent the subsequent institution of a complaint under IPC once the complaint was instituted under Section 138 of the NI Act. The ingredients of the two offences may be different even when one may afford a notice for the latter offence.41 It may be noted that the courts across the country have made similar distinctions based on ingredients for subsequent prosecution based on a similar set of facts and allegations under the Food Safety and Standards Act, 2006,42 Section 79 of the Information Technology Act, 200043 Section 5(2) of the Prevention of Corruption Act, 1947 and Section 409 IPC44.

The reference to a larger Bench in J. Vedhasingh45 provides the Court with an opportunity to definitively answer as to whether the institution of a complaint under IPC after a complaint has been filed under the NI Act would be hit by the bar of Section 300 CrPC or not. As seen above, the applicability of the bar of double jeopardy is conditional on the two offences being identical in terms of facts justifying convictions. In this regard, reference to the larger Bench would provide the Court with an opportunity to address the differences in the ingredients of Section 138 of the NI Act and Section 420 IPC as identified by the Court in Sangeetaben Mahendrabhai46 and rule as to whether the same would amount to an abuse of process of law. A decision on the referred question of law would bring much-needed clarity to the jurisprudence of Section 138 of the NI Act insofar as it intersects with other economic offences provided in IPC.

† Advocate. Author can be reached at<ankur8mishra@gmail.com>.

36. In Sangeetaben Mahendrabhai v. State of Gujarat, (2012) 7 SCC 621, the Supreme Court relied on the following to establish the different ingredients between offence under Section 138 of the NI Act and Section 420 IPC: 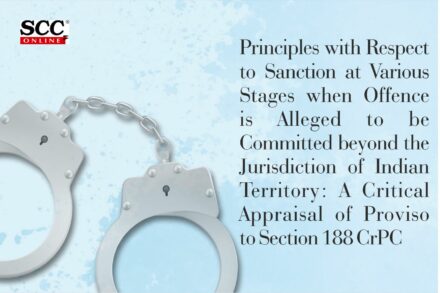 Principles with Respect to Sanction at Various Stages when Offence is Alleged to be Committed beyond the Jurisdiction of Indian Territory: A Critical Appraisal of Proviso to Section 188 CrPC

Reported By Editor Published on June 2, 2021 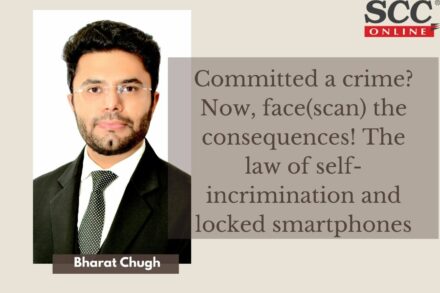 Committed a crime? Now, face(scan) the consequences! The law of self-incrimination and locked smartphones 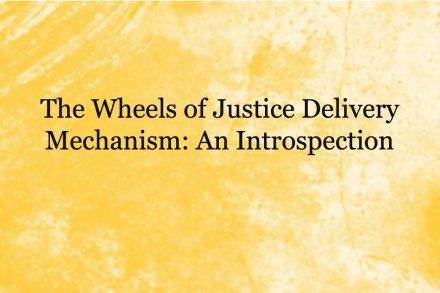 The Wheels of Justice Delivery Mechanism: An Introspection