It is not uncommon that the courts across India have either enlarged an accused on bail owing to the accused contracting marriage with the rape victim or cases where the FIR has been quashed on account of subsequent marriage. These judgments/orders eclipse the settled law of the Supreme Court that serious offences of these natures can neither be quashed nor compounded. The same has been recently reiterated by the Supreme Court in Daxaben v. State of Gujarat1. The Supreme Court was pleased to observe the following:

37. Where the victim and offender have compromised disputes essentially civil and personal in nature, the High Court can exercise its power under Section 482 CrPC to quash the criminal proceedings. In what cases power to quash an FIR or a criminal complaint or criminal proceedings upon compromise can be exercised, would depend on the facts and circumstances of the case.

The Division Bench further said that:

38. Crimes like murder, rape, burglary, dacoity and even abetment to commit suicide are neither private nor civil in nature. Such crimes are against the society. In no circumstances can prosecution be quashed on compromise, when the offence is serious and grave and falls within the ambit of crime against society.

The Court further observed that quashing/compounding such offences merely based on settlement is a dangerous precedent and would give rise to malicious prosecution as well. Lastly, the Supreme Court observed:

40. In case of grave and serious non-compoundable offences which impact society, the informant and/or complainant only has the right of hearing, to the extent of ensuring that justice is done by conviction and punishment of the offender. An informant has no right in law to withdraw the complaint of a non-compoundable offence of a grave, serious and/or heinous nature, which impacts society.

However, it is noteworthy, that despite repeated directions of the Supreme Court in such sensitive matters — court of records across India are either enlarging the accused on bail or quashing such FIR’s either in the interest of justice or the rights or interest of the victim (who happens to be ostensibly rehabilitated by the subsequent conduct of contacting marriage). But the fundamental issues cannot be negated. Such orders apart from acting as precedents almost amount to compounding of non-compoundable offences which are now labelled as “heinous non-quashable offences” time and again by the Supreme Court. Further as identified by Supreme Court in Daxaben (supra), the incidence of wrongful or malicious prosecution cannot be ruled out either.

It is not difficult to further identify that the marriage is contacted inter se the accused and the victim is out of coercion, and not free will. The institution of marriage in a way it is designed across wide spectrum of personal laws is undermined. Therefore, to suggest that a victim stands rehabilitated in terms of the compromise following an assault is perhaps not the way forward. A non-negotiable stringent approach as visualised by Supreme Court is the need of the hour. These offences tend to disturb the social fabric of the entire society at large. Before taking this discussion forward, it would be worth highlighting some of the recent orders in this regard.

The Bombay High Court directed that the accused can be released on bail on the condition that if the prosecutrix is traced within a year, he will marry her. However, this condition will not be applicable beyond a year.

A rape suspect has been given pre-arrest bail by the Allahabad High Court, which is valid till the inquiry is over or until the police report or charge sheet is filed. The victim and the accused both got married and are now happily married, were some of the considerations for allowing the petition for enlargement on anticipatory bail.

In the latest order issued on October 10, the accused, Monu, who has been in jail since April 2022, was granted bail considering two facts — that the victim and her father did not oppose it, and the victim has already delivered the accused’s child.

The jurisprudence surrounding these matters are indeed highlight complex situations such as a child being born out of a incidence of rape/assault (incident 3). The future of the child and the mother may have been a paramount consideration but the factum of the failure of the timely intervention of the State to ensure rehabilitation of victim and medical termination, if opted should not benefit the accused at any cost. The rule of law and the cardinal principles of criminal jurisprudence calls upon the courts to pursue criminal law in terms of strict interpretation of penal statutes in a predictable and coherent manner.

In Shimbhu v. State of Haryana5, Supreme Court held that, rape should be considered an offence against the society and in no circumstances, it should be left for parties to compromise and settle by entering into a wedlock with each other. Since, it is not always viable for courts to reach a satisfaction that the consent for compromise was deliberately given by victim.

The accused cannot be retroactively rewarded for his conduct which would otherwise attract a heavy quantum of punishment. Such cases set dangerous precedents and should be dealt with a heavy hand by the courts of records across India. The psychological impact of such offence on the victim and the secondary victims (family, etc.) cannot be negated. Lately, in Ramu v. State of M.P7 the Madhya Pradesh High Court was pleased to consider the conduct of the accused whereby he left the victim alive after raping her as a “mitigating factor”. The narrative surrounding these matters are to be carefully examined as they may very well set the course for the times to come. The accused should not have the liberty to marry the “victim” when the criminal justice system is set in motion on account of such heinous offences.

† Sanjay Vashishtha is a practicing counsel at the Supreme Court of India, LLM in Comparative Criminal Law from McGill University, Canada and MSc, Criminology and Criminal Justice from University of Oxford.

The author has acknowledged the research done by Dikshi Arora. 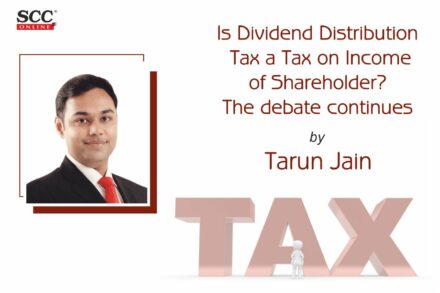 Is Dividend Distribution Tax a Tax on Income of Shareholder? The Debate Continues 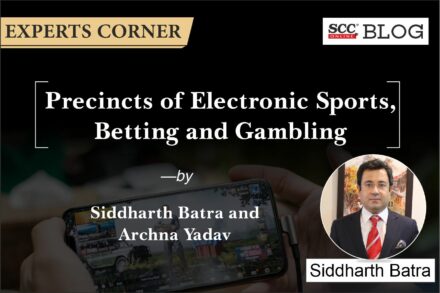 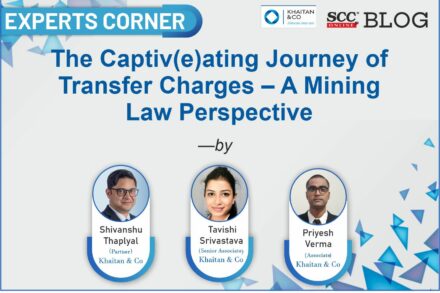