Supreme Court: In a case where a detenu was provided with the illegible copy of documents relating to his detention, the bench of Ajay S. Rastogi* and CT Ravikumar, JJ has held that Thus, the right to make representation is a fundamental right of the detenu under Article 22(5) of the Constitution and supply of the illegible copy of documents which has been relied upon by the detaining authority indeed has deprived him in making an effective representation. Hence, the order of detention was held to be illegal and not in accordance with the procedure contemplated under law.

In the case at hand, the Manipur High Court had set aside the order of detention passed under the Prevention of Illicit Traffic in Narcotic Drugs and Psychotropic Substances Act, 1988 on the premise that the detaining authority failed to supply the legible copies of documents which were relied upon by it while passing the order of detention.

The State had challenged the said order and had argued that the detenu had failed to question before the detaining authority that illegible or blurred copies were supplied to him which were relied upon while passing the order of detention.

The Supreme Court, however, rejected the said contention and held that the right to make representation being a fundamental right under Article 22(5) of the Constitution in order to make effective representation, the detenu is always entitled to be supplied with the legible copies of the documents relied upon by the detaining authority and such information made in the grounds of detention enables him to make an effective representation. Hence, there is no substance in the submissions that merely because the detenu has failed to raise this question before the detaining authority which go into root of the matter to take away the right vested in the detenu in assailing the order of detention while availing the remedy available to him under Article 226 of the Constitution of India. 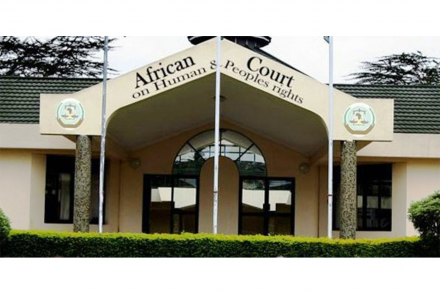 MP HC | Whether the accused can be allowed to languish in jail or not when the prosecution itself is not in a position to provide DNA test report? Court answers