Punjab and Haryana High Court: While dismissing the present appeal preferred by the appellant against judgment dated 09-08-2012 and the order dated 13-08-2012 of the trial court whereby the present appellant was held guilty of kidnapping, raping and murdering a nine-year-old girl and was sentenced rigorous imprisonment for life, Sureshwar Thakur and N.S. Shekhawat, JJ., upheld the order and said that the child rape cases are the cases of worst form of lust for sex, where children of tender age are not even spared in the pursuit of sexual pleasure.

On 1-05-2009, in the early morning, the complainant came to know that the dead body of his daughter was lying in the fields in nude condition. The complainant raised the suspicion that she had been raped and then murdered by way of strangulation. Thereafter, the dead body was sent to General Hospital, for conducting a postmortem examination. On 8-05-2009, the accused was apprehended by the police.

The Medical Board noticed several injuries on the body of the deceased. It was examined that the cause of death in the instant case was asphyxia due to throttling and multiple abrasions and swellings were noticed on the entire body, including private parts.

The Court said that the testimonies of the complainant and his son cannot be rejected on the ground that they were closely related to victim. In fact, it was stated by the Court that the son was the most natural witness and his presence near the place of occurrence was natural.

The Court observed that the deceased , aged 9, was not only brutally killed but was also subjected to forceful rape in the most barbaric manner which was evident from the injuries suffered by her on her person.

The Court, taking responsibility to provide proper legal protection to minor victims, further said that “the child rape cases are the cases of worst form of lust for sex, where children of tender age are not even spared in the pursuit of sexual pleasure. There cannot be anything more obscene, diabolical and barbaric than this.”

The Court said that according to some surveys, a rise in child rape cases have been noticed and due to the social stigma, many of the rape cases are not even brought to light. To provide proper legal protection to the minor rape victims, the Courts are also equally responsible as the parents and guardians of children are responsible for their care and protection.

The Court held that having played with the life of a minor child, which is proved by the prosecution by leading unimpeachable and cogent evidence, the Court did not find any ground to interfere with the impugned judgment and order passed by the trial court and upheld the same. 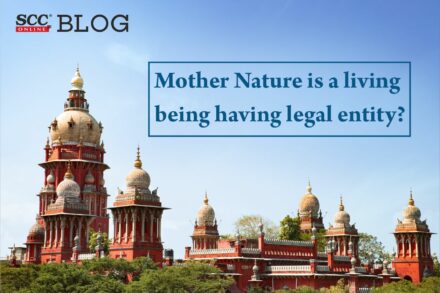 Mother Nature is a living being having legal entity? Madras HC answers

Raj HC | It would be open for RPSC to conduct written main examination on the rescheduled date, Single Judge bench order stayed