Delhi High Court: In a suit filed by Indian Hotels Company Limited (‘plaintiff’) is a part of the well-known ‘TATA’ Group of Companies, along with its subsidiaries, is engaged in the business of hotels and hospitality services in India branded under the names/marks being ‘TAJ’, ‘SeleQtions’, ‘GINGER’, and ‘VIVANTA’, seeking permanent injunction restraining infringement of its registered trademark ‘VIVANTA’, used in respect of hospitality services including hotels and resorts, both in India and abroad, Prathiba Singh, J., granted permanently restrained GRAND VIVANTA Vacations Private Limited (‘defendant’) from using the mark/name VIVANTA/VIVAN or any other mark/name which is deceptively similar to that of the Plaintiff’s mark – VIVANTA with or without prefix or suffix in respect of any of its resorts, hotels, restaurants or any other combination for its hospitality services, resorts, hotels, restaurants or any other related services. The defendants agreed to adopt new marks as GRAND VIHAN Vacations Private Limited and/or GRAND VIHAN.

The grievance of the Defendant is a company known by the name ‘Grand Vivanta Vacations Private Limited’ located at New Delhi, running a resort under the name ‘The Lazy Haven Resort, Jim Corbett National Park, Kyari Bandobasti, Tehsil Ramnagar, Uttarakhand’. The Defendant promotes the mark ‘VIVANTA’ on various social media platforms, including Facebook, Instagram, YouTube and has a mobile application on Play Store by the same infringing name.

The registered mark is 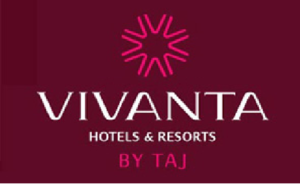 The infringing mark is: 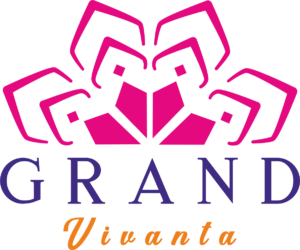 The Plaintiff acquired information about the Defendants’ infringing activities sometime in June, 2021 when some customers informed the Plaintiff, along with numerous consumer complaint online alleging that the Defendant and its representatives were duping the general public by collecting huge sums of money for holiday packages and also misusing the name ‘VIVANTA’, which was found, upon investigation, to be substantive.

The Court has already granted an ad-interim injunction order dated 18-08-2022 and appointed a Local Commissioner. According to the report submitted by LC, it was evident that the Defendant was prominently using the name GRAND VIVANTA as a name/mark on its main banner as also on its hoardings.

An interim application was filed under Order XXXIX Rule 4 of the Code of Civil Procedure by the defendant wherein it was submitted that it being a start-up that is approximately one year old, it is willing to make suitable changes to its name by altering the word VIVANTA in GRAND VIVANTA Vacations Private Limited.

The name first suggested was GRAND VIVAN by the defendant which was rejected by the plaintiffs and later mutually arrived at adoption of GRAND VIHAN.

The Court further restrained the defendant from using the domain name www.grandvivanta.com and directed to transfer it in in favour of the Plaintiff within one week.

The Court further permitted the defendant to use the name GRAND VIHAN, for its resort, online platform as well as on its mobile application.

Reported By Saba Published on November 16, 2017

Mere non-sending of wife to her parental house does not amount to cruelty under S. 498-A IPC