Authority of Advanced Ruling (Karnataka): In an application filed to sought advance ruling on the question that, whether the non-alcoholic malt drink “Kingfisher Radler” is covered as ‘carbonated beverages of fruit drink or with fruit juice’ under Entry 12-B of Central tax rate notification no.1/2017, the two-member bench of M.P. Ravi Prasad and T. Kiran Reddy has ruled that ‘Kingfisher Radler’ merit classification as carbonated beverages of fruit drink.

The Authority observed that the applicant has submitted that the said product is a non-alcoholic malt beverage, an Agri based product, containing barley, malt, less sugar and manufactured out of natural ingredients. Further, since barley malt has a bitter taste, sugar and juice compounds are added in small quantities to make it suitable for the Indian palate. Thus, their product classifies as non-alcoholic beer, as it is akin to a beer without alcohol and replicates the ingredients, taste, feel and packaging of beer.

Further, the Authority noted that non-alcoholic beverages include the following:

The Authority further observed that the percentage of barley malt is less than the mixed fruit juice content in all the product variants, as the applicant submitted that, the production of ginger lime variant of the impugned product has been discontinued, thus the pre-dominant component of the product is mixed fruit juice. Further, taking note of the labels on the product, the authority observed that all the variants have been marked as ‘carbonated non-alcoholic drink’ and not as ‘non-alcoholic beer’, thus the contention of the applicant that the product is marketed and understood in common trade as ‘non -alcoholic beer’ and on this basis alone it deserved to be classified under tariff item 22019100 is not acceptable.

The Authority further took note of Rule 2(b) of General Interpretation Rules, for classification of the product, and observed that the product needs to be classified based on the predominant material in terms of the said provision. Hence, as all the variants of the product merit classification as carbonated beverages of fruit drink covered under tariff heading 22029990 and attracts GST at 28 percent along with applicable cess of 12 percent.

The Authority took note of the ruling in CCE v. Connaught Plaza Restaurant (P) Ltd., (2012) 13 SCC 639 wherein the court held that “it is a settled principle in excise classification that the definition of one statute having a different object, purpose, and schemes cannot be applied mechanically to another statute”. Thus, the authority ruled that all the variants of ‘Kingfisher Radler’ merit classification as carbonated beverages of fruit drink and are covered under tariff heading 22029990.

Farmers’ protest can continue peacefully without impediment. Supreme Court calls for constitution of a committee to resolve the issue 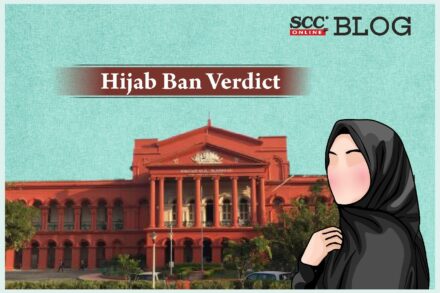 16 pointer report on why wearing of Hijab is not a part of essential religious practice in Islam: Karnataka High Court unfolds