Delhi High Court: In a suit filed by plaintiff (‘Carlsberg Breweries A/S’) seeking ad interim injunction against Tensberg Breweries Industries Pvt Ltd (‘defendants’) claiming, that they have adopted deceptively similar mark and is marketing its beer in deceptively similar bottle so as to cause confusion in the minds of the general consumers, Navin Chawla, J. granted ad interim injunction as prima facie, the shape of the bottle and the Can adopted by the defendants appears to be deceptively similar to that of the plaintiff; with the same color green for the bottle, and green/white for the Can as well as the placement of the marks, the appearance of the deceptively similar crown, also prima facie reflects the intention of the defendants to come as close to the plaintiff’s mark as possible.

It is the case of the plaintiff that the plaintiff is the registered proprietor of the mark ‘CARLSBERG’, which was first registered in India on 09-07-1949 and the first sale in India under the said brand was made by the plaintiff in the year 1904. However, defendant 1 has been incorporated on 22-07-2022 and is engaged in the business of manufacturing and selling alcoholic and non-alcoholic beverages.

Defendant 2 is an importer of the beer bearing the impugned Mark/label. Defendant 3, claiming itself to be the proprietor of the mark “TENSBERG”, has applied for seeking registration of the same in the word mark and also in the device mark. Defendant 4 is a company incorporated on 01-04-2022 and is engaged in the business of manufacturing and selling of beer with the impugned mark and label in India.

The plaintiff asserts that the defendant 5 is in the business of manufacturing, brewing and exporting of beer bearing the marks “TENSBERG” and under the impugned trade dress from Nepal to India, while the defendant 6 is the Indian subsidiary registered on 06-01-2021.

The conflicting marks are 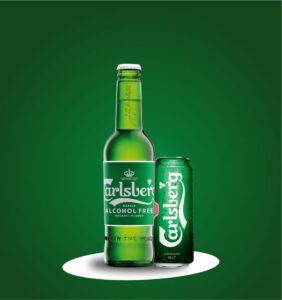 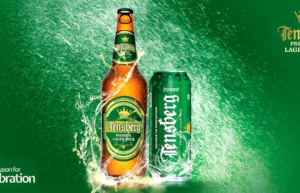 The Court noted that prima facie, the mark of the plaintiff and the defendants appear to be deceptively similar. There is phonetic similarity between the same.

The Court further noted that there can also be no doubt of the plaintiff being the proprietor and prior adopter of the mark ‘CARLSBERG’ and with its registration, having a better right over the defendants, who on their own case, adopted the said mark in India only in 2018, and do not hold registration in the said mark.

The Court remarked that Beer bottles and cans are not bought with minute scrutiny but in a more casual manner. Applying the test of an unwary consumer with imperfect recollection, the two marks and their trade dress, prima facie appear to be deceptively similar and likely to deceive and confuse such Consumer.

The Court opined that it is not only the use of the mark alone but also get-up of the product, that is, bottle and the Can which prima facie indicates the intent of the defendants to ride on the reputation and goodwill of the plaintiff, thereby, causing confusion and deception to the mind of unwary consumers.

Bom HC | Whether absence of ‘dishonest concealment of fact’ exempt a person from being punished under S. 417 IPC? Read on