Allahabad High Court: The Division Bench of Devendra Kumar Upadhyaya and Rajnish Kumar, JJ. dismissed a PIL which was filed by the petitioner society with the prayer that the respondents may be directed to enhance the age of retirement from 60 to 62 years in respect of the employees of the State Government who are differently abled.

Assistant Solicitor General of India appearing for the Union of India and State Counsel opposing this PIL have unanimously submitted that the prayer made in this PIL essentially pertains to service matter and as per the settled position of law, no PIL can be entertained in relation to service-related matters and accordingly the writ petition is liable to be dismissed .

The Court further clarified that no doubt that Rights of Persons with Disabilities Act, 2016 has been framed by the Parliament for empowerment of the persons with disabilities and the said Act clearly mandates that differently abled persons cannot be discriminated against. However, such non-discrimination which runs across the Act, 2016 has to be read in the context. The Act 2016 was framed to make a law prohibiting all kinds of discrimination of differently abled persons in the society and also for ensuring their effective participation and inclusion in the society as also for creating an environment where there will be respect for the difference such differently abled persons bear and also to create equality of opportunity etc.

The PIL was dismissed.

S.B. Pandey, Advocates, for the Respondent. 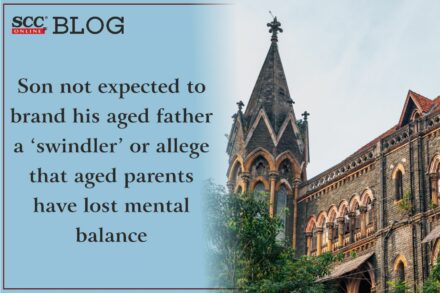 Son not expected to brand his aged father a ‘swindler’ or allege that aged parents have lost mental balance: Bom HC