As per FIR, the police received secret information that inside an abandoned petrol pump of Essar Company, several persons were transferring liquor from one truck to other under the garb of transferring onion. Therefore, the police called for independent witnesses to raid the tipped place. Accused 1 disclosed to the police that he was driver of Eicher Truck, and he was not transporting liquor but poppy straw. The police found 69 plastic bags of poppy straw whose estimated value came at Rs.16,62,624/-. Applicant was therefore arrested.

APP while opposing bail application submitted that the applicant happened to be one of the owner of the land bearing survey no.349 paiki 1/1 situated at Village Mahuva and partner of dealership agreement of Essar Petrol Pump and holding dealership agreement of abandoned petrol pump. It was submitted that the applicant and other accused were his relatives and they were in constant touch with each other and thus, allowed the premises to be used for commission of offence and therefore, the applicant is equally responsible for the offence were Poppy straw weighing 1371.72 kg is seized by the police.

The Court noted that it is admitted fact that contraband substance seized is of commercial quantity and role of the co-accused who are enlarged on bail are not identical inasmuch as they are not owner of the land nor partner of dealership agreement but they are implicated on the basis of statement of co-accused and call details. The Court pointed that petrol pump dealership agreement was already expired and huge cultivation of poppy straw was going on the land owned by the applicant and it was used for commission of offence under NDPS Act.

The Court opined that it is not a fit case to enlarge the applicant on bail either on account of his age or grant of bail in favour of aforesaid two co-accused. The bail application was rejected considering the contraband substance seized as aforesaid and provisions contained in section 25 and 37 of the NDPS Act. 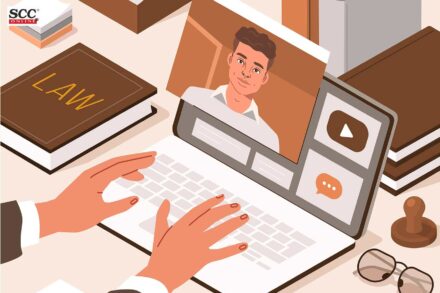 Amidst pandemic, Delhi District Court allows recording of evidence through video conferencing with directions to comply with VC Rules framed by Del HC

Directions to Judicial Officers for effective enforcement of POCSO

Reported By Saba Published on December 29, 2016

Meghalaya High Court| Minimum 7 days time to be provided to respond to the reassessment notice under S. 148 of IT Act, 1961