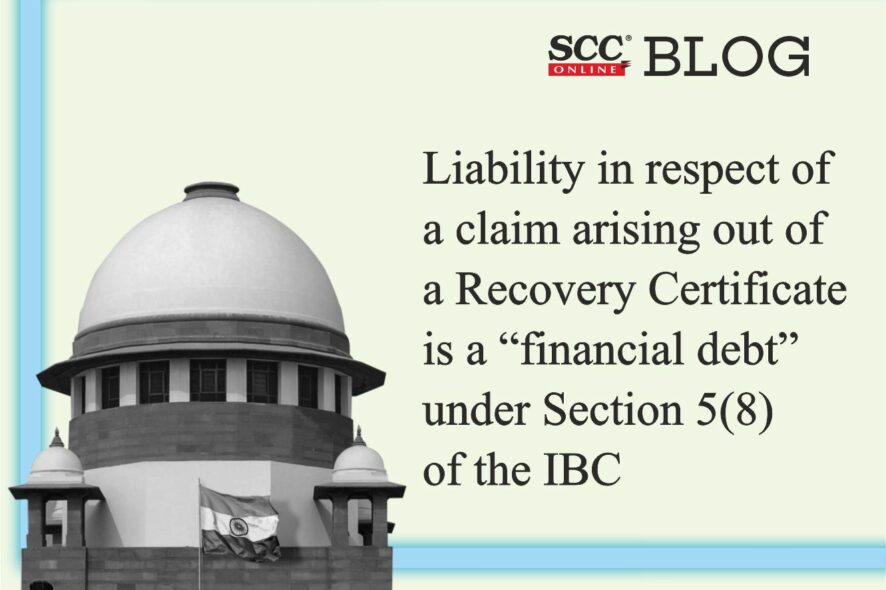 The Court explained that the words “means a debt along with interest, if any, which is disbursed against the consideration for the time value of money” are followed by the words “and includes”. By employing the words “and includes”, the Legislature has only given instances, which could be included in the term “financial debt”.  However, the list is not exhaustive but inclusive.

Observing that the trigger point for initiation of CIRP is default of claim, the Court further explained that “default” is non-payment of debt by the debtor or the Corporate Debtor, which has become due and payable, as the case may be, a “debt” is a liability or obligation in respect of a claim which is due from any person, and a “claim” means a right to payment, whether such a right is reduced to judgment or not. It could thus be seen that unless there is a “claim”, which may or may not be reduced to any judgment, there would be no “debt” and consequently no “default” on non-payment of such a “debt”.

“When the “claim” itself means a right to payment, whether such a right is reduced to a judgment or not, we find that if the contention of the respondents, that merely on a “claim” being fructified in a decree, the same would be outside the ambit of clause (8) of Section 5 of the IBC, is accepted, then it would be inconsistent with the plain language used in the IBC.”

Hence, taking into consideration the object and purpose of the IBC, the legislature could never have intended to keep a debt, which is crystallized in the form of a decree, outside the ambit of clause (8) of Section 5 of the IBC.

Blacklisting for 3 years from participating in tender reduced to 18 months on balancing of circumstances: Madhya Pradesh HC