Supreme Court: On being apprised of 30 years-long delay in execution of an Arbitration Award, the Division Bench comprising M.R. Shah and B.V. Nagarathna, JJ., directed the Chief Justice of Allahabad High Court to constitute a Special Arrears Committee to address the issue of the long delay in commercial cases. The Court also directed the State government to consider constituting additional commercial courts in the four districts of Gautam Budh Nagar, Meerut, Agra, and Lucknow.

“It is very unfortunate that even after a period of 30 years, the party in whose favour the Award is passed is not in a position to enjoy the fruit of the litigation/Award. Even the execution petition is also pending for more than 19 years. This is a very sorry state of affairs that even the execution proceedings to execute the Award passed under the Arbitration Act are pending for more than 20 years.”

The Status Report revealed the following:

The Court had asked the High Court to prepare a road-map and to take a call as to how the problem of the pendency of the execution petitions/applications to execute the Awards passed under the 1940 Act and 1996 Act and the applications under Section 34 are decided/disposed of at the earliest, so that the ultimate object and purpose of the Arbitration Act and Commercial Courts Act is achieved. Additionally, the Court requested the Chief Justice of the High Court to constitute a Special Arrears Committee of the Judges of the High Court and invite the suggestions and formulate a mechanism to tackle with the problem of arrears.

“If, the commercial disputes are not decided/ disposed of at the earliest, it may ultimately affect the economy of the country and may spoil the business relations between the parties.”

However, no committee was constituted in spite of clear directions by the Court and the Court had to adjourn the matter to next day. Similarly, no sincere efforts were shown by the High Court in preparing the required road map, which made the Court to observe,

“It is reported that now the Special Arrears Committee has been constituted only yesterday.  Our earlier order dated 28.04.2022 was very clear and there was no ambiguity at all. Despite the above, for whatever reason, the Special Arrears Committee has not been constituted till yesterday and the same has been constituted only after yesterday’s hearing. We were not satisfied at all with the report submitted by the High Court yesterday (18.05.2022) and the road-map and the action proposed in tackling the arrears so far as the commercial matters are concerned.”

Interestingly, the Court noted that from the constitution of the Special Arrears Committee to make suggestions and formulate a mechanism to tackle with the problem of arrears, only the judges from the Allahabad Bench of the High Court were involved and none of the Judges from the Lucknow Bench was part of the Committee. Therefore, the Court directed the Chief Justice to reconstitute the Committee by including the judges from Lucknow Bench as well, since a large number of commercial matters were pending within the jurisdiction of the Lucknow Bench also.

On the suggestions to create additional commercial courts in the four districts of Gautam Budh Nagar, Meerut, Agra and Lucknow where the pendency of such cases is comparatively larger, the Court directed the State Government to consider the proposal and take a final decision within a period of four weeks.

All HC | Offender and victim in a matrimonial dispute, may be allowed to compound offences in terms of settlement 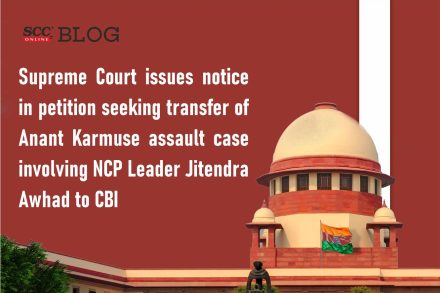 By Prachi Bhardwaj Published on October 28, 2022