Punjab and Haryana High Court: Arun Monga, J., held that the Maintenance Tribunal has no jurisdiction under the Maintenance and Welfare of Parents and Senior Citizen Act, 2007 if a person is aged below 58 years old.

Instant petition was for issuance of a writ of certiorari to set aside the impugned order passed by respondent 1 whereby application filed by respondent 2 under the Maintenance and Welfare of Parents and Senior Citizen Act, 2007 was allowed and petitioner was directed to vacate the property of respondent 2 within 30 days of the order passed.

Respondent 2 on her own volition stated her age to be less than 58 years as on the date of instituting proceedings before the Maintenance Tribunal.

High Court held that, Tribunal could not have invoked the jurisdiction of the Maintenance Tribunal under the Act, as respondent 2 was less than 58 years not a senior citizen on the relevant date. 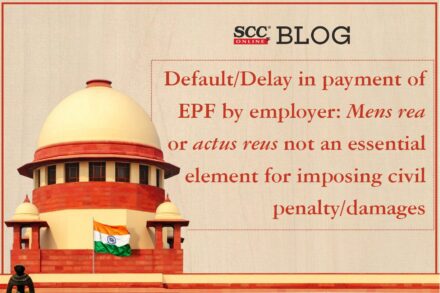 Gratuity can be withheld during pendency of criminal proceedings