Bombay High Court: While addressing a matter with regard to a husband setting ablaze his wife, the Division Bench of Sadhana S. Jadhav and Milind N. Jadhav, JJ., made an observation with respect to dying declaration that,

It is by itself sufficient to convict an accused for the accusation levelled against him provided the dying declaration is found to be voluntary, truthful and hence, could inspire the confidence of the court.

The appellant was convicted for the offence punishable under Section 302 of the Penal Code, 1860 by the Additional Sessions Judge.

Appellant was married to Manisha and in the year 2009, Manisha was admitted to a hospital with a history of burn injuries.

It was disclosed by Manisha to the Police that her husband used to be always under the influence of alcohol and insisted upon her to pay money for the alcohol and if she refused to oblige, he used to assault and abuse her.

On night, when Manisha refused to give money to her husband for liquor, while sleeping the appellant was dowsing kerosene on her and in order to rescue herself, she tried to flee from the house and at that juncture, her husband lit the matchstick and threw at her, setting her ablaze.

Later she raised a hue and cry, after which her sister-in-law tried to rescue her and her husband who had fled from the house came and pretended to extinguish the flames.

In view of the above, charge sheet was filed for the offence punishable under Section 302 IPC.

High Court observed that the trial court did not refer to the history given by the patient herself.

Further, the history narrated by the patient before the doctor created a doubt in respect of the statement recorded and which was held to be the dying declaration.

The Bench noted that various Supreme Court decisions have held that in case of multiple dying declarations/statements of the deceased there shall be no variance whatsoever.

The disclosure leading to the incident in which the deponent had died shall be consistent, cogent and corroborative. The prosecution has to pass this test by all means, as an onus is cast upon the prosecution to establish the guilt of the accused and authorship of the injury by the accused beyond reasonable doubt.

Reasonable doubt means an explanation or a fact which would appeal to the reason of a prudent mind and a judicially conscious court, since such a statement of a deceased must inspire the confidence of the court.

High Court opined that the appellant was in custody since 2009 and deserves to be acquitted of all the charges levelled against him as the dying declaration would constrain the Court to take another possible view.

Whenever there is another possible view, it would be incumbent upon the court to take a view in favour of the accused, provided there is contemporaneous records which is in the nature of admissible evidence.

Hence, the appeal was allowed.

Lastly, the Court appreciated the efforts taken by the Advocate Ashish Satpute, appointed to espouse the cause of the appellant. [Satish Mahadeo Kale v. State of Maharashtra, 2022 SCC OnLine Bom 1004, decided on 6-5-2022] 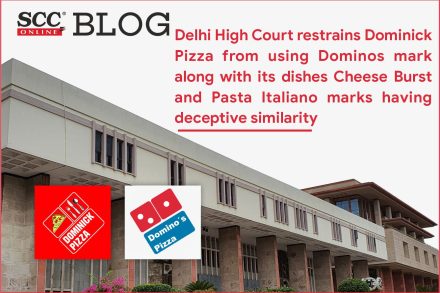