Delhi High Court: Rajnish Bhatnagar, J., expressed that the Court in the exercise of its jurisdiction under Section 482 CrPC cannot go into the truth or otherwise of the allegations made in the complaint or delve into the disputed question of facts.

Petitioner was a proprietorship and a civil and structural contractor carrying on its business in various states of the country.

It was stated that 5 undated security cheques totalling an amount of Rs 63,00,000 and one current dated cheque amounting to Rs 2,63,700 were prepared. Further, the petitioner also sent an email to the respondent attaching the scanned copies of the cheques. After which the work started and during the course of work, the respondent asked for monies and on that basis, the petitioner issued a cheque which was returned by Bank.

In view of the above, a legal notice was sent out demanding the said amount, then the petitioner responded that it would make the necessary payment. Failing to which a complaint was filed by the respondent under Section 138 NI Act. Additional Chief Metropolitan Magistrate, Saket summoned the petitioner.

On being aggrieved with the above, an instant petition was filed.

Once a cheque is issued by a person, it must be honored and if it is not honored, the person is given an opportunity to pay the cheque amount by issuance of a notice and if he still does not pay, he is bound to face the criminal trial and consequences.

Can High Court step into the shoes of the Metropolitan Magistrate?

The offence under Section 138 of the N.I. Act is an offence in the personal nature of the complainant and since it is within the special knowledge of the accused as to why he is not to face trial under section 138 N.I. Act, he alone has to take the plea of defense and the burden cannot be shifted to complainant.

Once the complainant has brought forward his case by giving his affidavit about the issuance of cheque, dishonor of cheque, issuance of demand notices etc., he can be cross-examined only if the accused makes an application to the Court as to, on what point he wants to cross-examine the witness (es) and then only the Court shall recall the witness by recording reasons thereto.

As per the procedure prescribed under CrPC, if the accused appears after service of summons, the Metropolitan Magistrate shall ask him to furnish bail bond to ensure his appearance during the trial and ask him to take notice under Section 251 CrPC and enter his plea of defence and fix the case for defence evidence, unless an application is made under Section 145(2) of NI Act for recalling a witness for cross-examination on by an accused of defence.

Bench in the present matter did not find any material which could be stated of sterling and impeccable quality warranting the invocation of the jurisdiction of this Court under Section 482 CrPC.

High Court observed that the issues in the instant matter involved the disputed question of facts and law and cannot be decided unless and until the parties go to trial and lead their respective evidence.

“…invariably the initial phase of a litigation under Section 138 of the N.I. Act depends on how well the pleadings or the allegations are laid down or articulated, by the complaint, in the ultimate analysis it is the trial that alone can bring out the truth so as to arrive at a just and fair decision for the parties concerned.”

Therefore, the no flaw or infirmity in the proceedings pending before the Trial Court was found.[Awadh Constructions v. Amarpreeet Shuttering, 2022 SCC OnLine Del 1034, decided on 13-4-2022]

For the Petitioner: Amit Pawan, Advocate

Tri HC | Disproportionate distribution of vaccines in age group where there is a severe shortage, needs to be addressed by the State 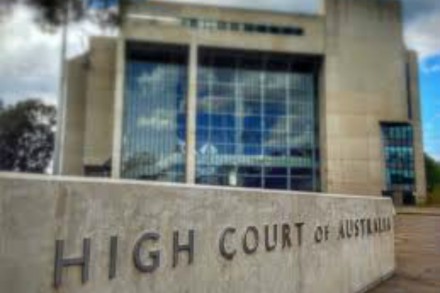