Supreme Court: Holding that the condition imposed by the Railway Board circular that compassionate appointment cannot be granted to children born from the second wife of a deceased employee is discriminatory, the 3-judge bench of UU Lalit, S. Ravindra Bhat and PS Narsimha*, JJ has held that an applicant cannot be denied consideration under the scheme of compassionate appointments only because he is the son of the second wife of his father.

The Court applied the law laid down by the Court in Union of India v. V.R. Tripathi, (2019) 14 SCC 646, wherein it was held that such a denial is discriminatory, being only on the ground of descent under Article 16(2) of the Constitution.

The Court, in the said judgment, had held that the scheme and the rules of compassionate appointment cannot violate the mandate of Article 14 of the Constitution. Once Section 16 of the Hindu Marriage Act regards a child born from a marriage entered into while the earlier marriage is subsisting to be legitimate, it would violate Article 14 if the policy or rule excludes such a child from seeking the benefit of compassionate appointment. The circular creates two categories between one class, and it has no nexus to the objects sought to be achieved. Once the law has deemed them legitimate, it would be impermissible to exclude them from being considered under the policy.

“Exclusion of one class of legitimate children would fail to meet the test of nexus with the object, and it would defeat the purpose of ensuring the dignity of the family of the deceased employee.”

Applications under S. 156(3) CrPC are to be supported by an affidavit duly sworn to by applicant invoking jurisdiction of the Magistrate 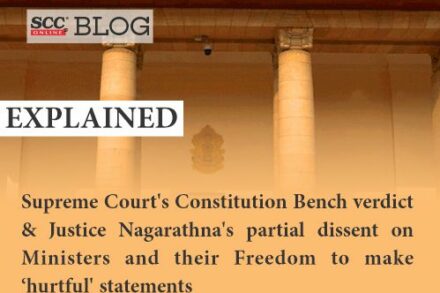