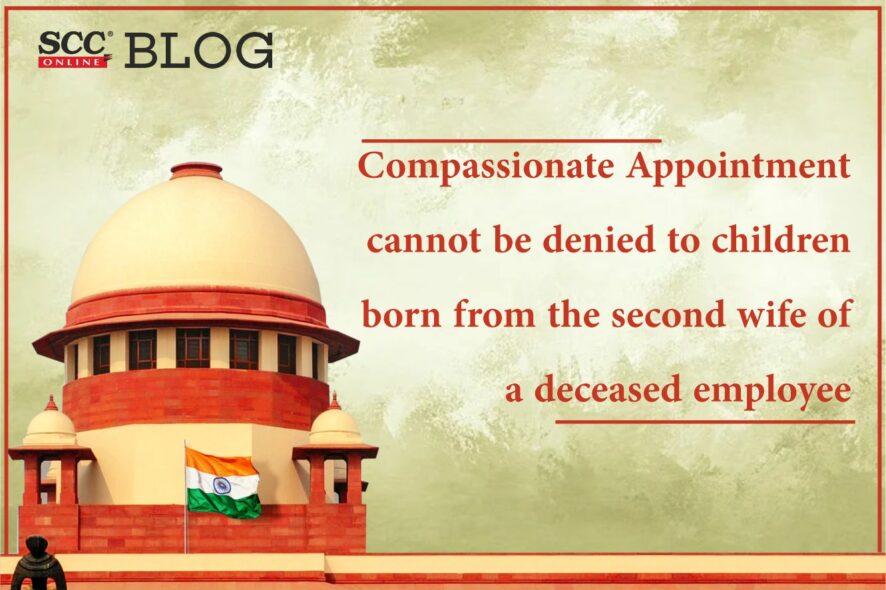 Supreme Court: Holding that the condition imposed by the Railway Board circular that compassionate appointment cannot be granted to children born from the second wife of a deceased employee is discriminatory, the 3-judge bench of UU Lalit, S. Ravindra Bhat and PS Narsimha*, JJ has held that an applicant cannot be denied consideration under the scheme of compassionate appointments only because he is the son of the second wife of his father.

The Court applied the law laid down by the Court in Union of India v. V.R. Tripathi, (2019) 14 SCC 646, wherein it was held that such a denial is discriminatory, being only on the ground of descent under Article 16(2) of the Constitution.

The Court, in the said judgment, had held that the scheme and the rules of compassionate appointment cannot violate the mandate of Article 14 of the Constitution. Once Section 16 of the Hindu Marriage Act regards a child born from a marriage entered into while the earlier marriage is subsisting to be legitimate, it would violate Article 14 if the policy or rule excludes such a child from seeking the benefit of compassionate appointment. The circular creates two categories between one class, and it has no nexus to the objects sought to be achieved. Once the law has deemed them legitimate, it would be impermissible to exclude them from being considered under the policy.

“Exclusion of one class of legitimate children would fail to meet the test of nexus with the object, and it would defeat the purpose of ensuring the dignity of the family of the deceased employee.” 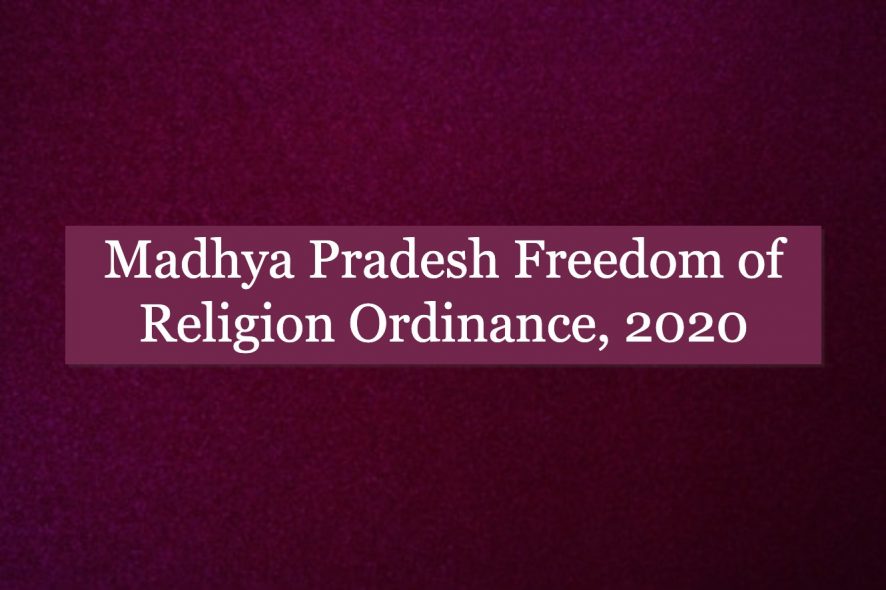 Purpose of this Ordinance

To provide freedom of religion by prohibiting conversion from one religion to another by misrepresentation, allurement, use of threat or force, undue influence, coercion, marriage or any fraudulent means and for the matters connected therewith.

The said ordinance states that no person shall:

Complaint against conversion of religion [Section 4]

No police officer shall inquire or investigate except upon written complaint of a person converted in contravention of Section 3 above or his parents or siblings or with leave of the Court by any other person who is related by blood, marriage or adoption, guardianship or custodianship as may be applicable.

Punishment for contravention of provisions of Section 3 [Section 5]

Imprisonment for a term not less than one year but which may extend to 5 years and the person shall also be liable to not less than Rs 25,000 fine.

There are certain proviso clauses mentioned under the said Section.

Marriages performed in contravention of Section 3 shall be deemed to be null and void.

To declare the marriage null and void, the petition shall be presented by any person mentioned in Section 4 before the family court or where a family court is not established, the Court having jurisdiction of a family court within the local limits wherein, —

Child born out of a marriage performed in contravention of Section 3 will be legitimate and succession to the property by such child shall be regulated according to the law governing inheritance of the father.

Woman whose marriage is declared null and void under Section 7, children born out of that marriage shall be entitled to maintenance.

Declaration before conversion of religion [Section 10]

Any person who desires to convert shall submit a declaration to that effect 60 days prior to such conversion to the District Magistrate stating his desire to convert without any force, coercion, undue influence or allurement.

Section 11 states the punishment for violation of provisions of Ordinance by an institution or organization.

Burden of Proof as to whether a conversion was not effected through misrepresentation, allurement, use of force, threat of force, undue influence, coercion or by marriage or any other fraudulent means done for the purpose of carrying out conversion lies on the accused.

No police officer below the rank of sub-inspector of police shall investigate any offence registered under the ordinance.

Supreme Court: The bench of NV Ramana and MM Shantanagoudar, JJ, on the issue relating to legality of the marriage of a Muslim man with an idolater or fireworshipper, said that such marriage “is neither a valid (sahih) nor a void (batil) marriage, but is merely an irregular (fasid) marriage.”

In the present case, the plaintiff had claimed his share in property of his Muslim father, who had married his Hindu mother. However, the defendants argued that the plaintiff’s mother was not the legally wedded wife of Mohammed Ilias and that she was a Hindu by religion at the time of marriage. She had not converted to Islam at the time of her marriage, and thus the plaintiff was not entitled to any share in the property in question.

The Court, however, after considering that the marriage in question was an irregular marriage, noticed: