Calcutta High Court: Shekhar B. Saraf, J. decided on a petition which was filed seeking remedy against impugned advertisements disparaging the goodwill and reputation of the petitioner and its product.

Sudipta Sarkar, Senior Advocate, appearing on behalf of the petitioner made the following arguments:

Manish Biala, Counsel appearing for the Defendant/Respondent, made the following arguments:

Sole issue for consideration before this court was that whether the impugned advertisements published by the defendant/respondent amounted to disparagement or not.

The Court discussed the case laws cited by both the parties on the issue of disparagement.

After analyzing the above judgments and plethora of similar ones the Court laid down certain key principles that were required to be kept in the Court’s mind before deciding on whether the offending advertisement is disparaging or is a mere puffery:

a) While deciding the issue of disparagement the court has to apply the reasonable man test, that is, whether a reasonable man would take the claim being made as being a serious claim or not.

b) The impugned advertisement campaign has to be looked into with a broader perspective to decide whether a serious comparison is made by the alleged infringer.

d) The impact and impression of the impugned advertisements has to be examined and if it gives out an impression that the rival product has a defect or demerit (which is not true) then such impression would make it disparaging.

e) The comparison between rival products is allowed only to the extent of “Puff” and honest trade practice. Any malicious or deliberate depiction of rival product in a bad taste is not permitted.

g) The comparative advertising campaign should be ‘comparison positive’. If the advertisements contain valuable information for the consumers and can promote healthy competition in the market, the courts should be resilient and allow the negative derivatives of such comparison. This is because the final outcome is positive. However if it can be gauged that the message broadly demonstrates slanderous or indiscriminate negative comparison or insinuation, Courts should not be slow in ensuring that such messages do not spread.

The Court concluded that the above case squarely applies to the present dispute because the comparison made by the defendant/respondent is specifically pointing towards deficiency of the other rival products including the petitioner’s product. Moreover, the claim made by the defendant/respondent with regard to number of ingredients of the rival product is false and misleading.

It was further noted that when the defendant highlights that other Chyawanprash contain only 42 ingredients, which is an untrue statement, it cannot claim right to free speech as the same is not allowed to communicate untruthful facts about the other rival products.

The Court was of the view that in the present case, direct comparison of number of ingredients between the two products is not in the realm of grey area as it points towards the very composition and data of the generic product available in the market. Furthermore, the comparison with a number of ingredients, that is, 42 ingredients, is malicious and slanderous as the product cannot be complete with 42 ingredients and the product of Chyawanprash in the market are all having at least 47 ingredients as per the Drugs and Cosmetics Act, 1940. Ergo, a comparison with a fictitious number that is lesser than the minimum requirement, insinuates that those products are not in compliance with the Drugs and Cosmetics Act, 1940. Such a comparison is slanderous and mischievous, and accordingly, amounts to disparagement.

However, keeping in mind the various precedents cited by both the parties, and on suggestions that had fallen from the Bar, a modified version of the video advertisement was allowed on the following conditions:

a) The bottle that is shown in the 6th second of the advertisement shall only have the printed words “CHYAWANPRASH” and no other word;

b) The reference to the words “42 nahi” in the 29th to 31st second of advertisement shall also be removed. 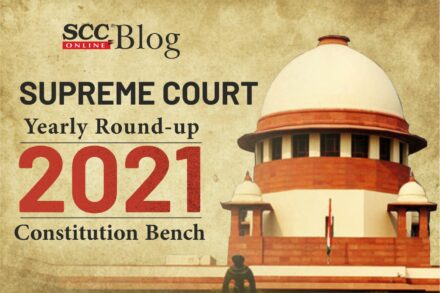 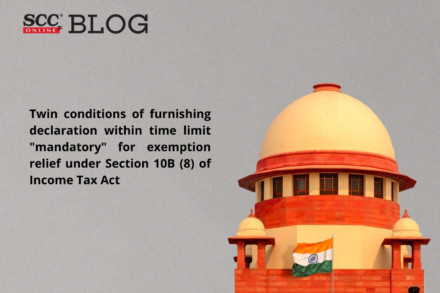 Twin conditions of furnishing declaration within time limit “mandatory” for exemption relief under Section 10B (8) of IT Act: Supreme Court