Supreme Court: In the Bullet Train Project case where Japan International Cooperation Agency (JICA) had rejected Montecarlo Limited’s technical bid, the bench of MR Shah* and AS Bopanna, JJ has reversed the Delhi High Court verdict that had set aside JICA’s conscious decision and has held that when the author of the tender document, JICC/JICA, had taken a conscious decision that the Bid submitted by the respondent can be said to be non-responsive and suffering from material deviation, it was not for the High Court to consider/opine whether the Bid submitted by the original writ petitioner is substantially responsive Technical Bid or not unless the decision is found to be perverse and/or suffered from mala fides and/or favoritism.

The Bullet Train Project is a fully foreign funded project, which was envisaged when the Japanese and Indian Governments entered into a Memorandum of Understanding, pursuant to which it was agreed that the said project would be fully funded by a Concessional Official Development Assistance (ODA) loan of Rs.1 lakh crores by the Japan International Cooperation Agency.

“in foreign sovereign funded contracts like the present one, the huge sum is funded on the basis of non-negotiated terms and conditions and therefore, the foreign developed nation, who has agreed to invest/fund such a huge amount is always justified in insisting for their own terms and conditions.”

The Court said that under the contractual obligation, it was not open for National High Speed Rail Corporation Limited (NHSRCL) and/or even the Republic of India to deviate from any of the terms and conditions of the loan agreement and/or the decision of JICC/JICA.

“Foreign sovereign funded contracts, like the present one, are completely different and distinct from the Government Contracts/ Public Works Department Contracts / Public Private Partnership Contracts, which are either wholly or partially funded from public money, i.e., Consolidated Fund of India or of the State and implemented by a statutory/local authority of the State. It cannot be disputed that in the present case, Japan being friendly sovereign country – a developed nation has agreed to fund a huge amount for a National Project in favour of another friendly State – developing nation – in the present case, the Republic of India. Such a huge sum/amount is funded by the developed nation to implement the Project meant for development of the developing nation – the Republic of India. The contracts are entered into and the huge sum is funded on the basis of non-negotiated terms and conditions and therefore, the foreign developed nation, who has agreed to invest/fund such a huge amount is always justified in insisting for their own terms and conditions on which such a huge amount is funded.”

On the legality of the confidentiality clause, the Court held that the purpose of the aforesaid clauses appears to be to prevent a possible challenge to the multiple stage tender process midway.

The clauses in question were:

“only after notification of award, unsuccessful Bidders may request, in writing, to the Employer a debriefing seeking explanations on the grounds on which their Bids were not selected and the Employer shall promptly respond, in writing, to any unsuccessful Bidders who, after the notification of the award in accordance with ITB 42.1, request a debriefing.”

The Court held that the view taken by the High Court that Clause 28 under Clause (e) of Option A Section 1 and Clause 42.5 of ITB are patently illegal, inasmuch as they seek to curtail the right of the bidders to challenge the rejection of their bid in a multi-stage bidding process at the earliest, and before the award of the contract, was erroneous as first of all the clauses of the ITB were not under challenge before the High Court. Even otherwise, the Clauses 28.1 and 42.5 of ITB were well within the knowledge of the respondent at the time of participating in the tender process. Therefore, once having accepted the terms and conditions of the tender process with the full knowledge of Clauses 28.1 and 42.5, and participated with full knowledge, thereafter, it was not open for the respondent to make a grievance with respect to such clauses.

The High Court ought to have appreciated that it is always advisable that in such a foreign funded Mega project, delay may have a cascading effect and many a times have a financial burden due to delay in projects and therefore, there shall be minimal interference and/or no interference till the entire tender process or till the award of contract is completed. The foreign funded agency therefore is justified in providing such clauses to prevent challenge to the tender process midway.

“A foreign funded agency, who invests/funds such a huge amount for such a Mega project on bilateral talks between two countries is justified in insisting such clauses and to insist that the information relating to the evaluation of the Bids and recommendation of contract award shall not be disclosed to Bidders or any other person until information on contract award is communicated to all the Bidders and the grounds on which the unsuccessful Bidders’ Bids are not selected shall be provided thereafter.”

Hence, in a Mega project, which is funded by a foreign country, there shall not be any interference with the tender process midway till the final decision is taken to award the contract. The reason behind this is that any delay in such a project may increase the ultimate project cost and it may affect the future investment by the foreign country, which would never be in the larger nation’s interest. 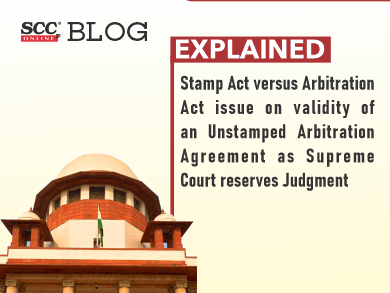