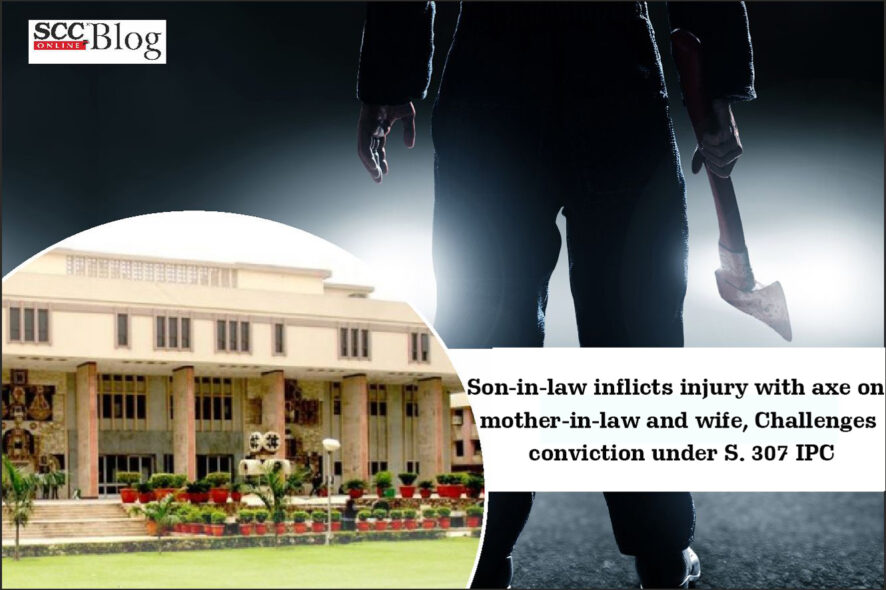 Delhi High Court: While addressing a matter wherein a person was convicted under Section 307 of Penal Code, 1860, Mukta Gupta, J., explained the law on Section 307 IPC and denied interfering with the conviction due to injuries caused on a vital part of the victim.

Appellant challenged the impugned judgment whereby the appellant was convicted for the offence punishable under Section 307 of the Penal Code, 1860.

Further, the prosecution submitted that, in view of the material contradictions in the testimony of the witnesses, the appellant be acquitted of the charge for offence punishable under Section 307 IPC or in the alternative be released on the period already undergone which is more than half the sentence awarded, i.e., 2 years 10 months including remissions.

Learned APP submitted that PW-2 and PW-3 were the injured witnesses and hence their evidence stands on a higher pedestal and cannot eb brushed aside. PW-4 and PW-6 took the two injured victims to the hospital and hence their presence at the spot cannot be doubted.

In view of the serious offence committed by the appellant no case for acquittal or for reduction of sentence was made out.

It is trite law that for conviction for an offence punishable under Section 307 IPC, it is not necessary that the victim should suffer an injury and, in a case, where the offence is committed with an intention to commit the murder of the victim, Section 307 IPC would be attracted as in the case of firing when no resultant injury is suffered by the victim.

High Court on noting the nature of weapons used and the injuries inflicted on a vital part of the body and the evidence of the two injured victims found that prosecution proved beyond reasonable doubt that the appellant had committed the offence punishable under Section 307 IPC.

Therefore, no case was made out for interference with the impugned judgment of conviction.