Present complaint was filed under Section 138 of the Negotiable Instruments Act, 1881.

Complainant had granted a friendly loan of Rs 21,00,000 to the accused for two months for some urgent need of the accused.

To discharge the legal liability, the accused issued two cheques in favour of the complainant firm, but the same were returned by the bank as no balance was available in the account. Thereafter, Complainant sent a legal notice but the accused allegedly failed to pay the cheque amount and hence, the complainant filed the present complaint.

In the present matter, the complainant proved the original cheques that the accused had not disputed as being drawn on the account of the accused.

Court stated that giving a blank signed cheque does not erase the liability under the NI Act. If a signed blank cheque is voluntarily presented to a payee, towards some payment, the payee may subsequently fill up the amount and other particulars (Bir Singh v. Mukesh Kumar, (2019) 4 SCC 197, ¶ 34).). The onus would still be on the accused to prove that the cheque was not in discharge of a debt or liability.

It is settled law that an accused who claims that she/he did not receive the legal notice, can, within 15 days of receipt of summons from the court, make payment of the cheque amount, and an accused who does not make such payment cannot contend that there was no proper service of notice as required under Section 138, by ignoring statutory presumption to the contrary under Section 27 of the General Clauses Act and Section 114 of the Evidence Act [C.C. Alavi Haji v. Palapetty Muhammed, (2007) 6 SCC 555).

A simpliciter reading of Section 69(2) would show that it is intended to apply to only suits, and that it would have no application to a criminal complaint.

Hence, the bar imposed on unregistered firms under Section 69(2) of the Indian Partnership Act does not apply to a criminal complaint under Section 138 NI Act.

Complainant is required to prove that the cheque in question was drawn by the drawer for discharging a legally enforceable debt.

Court stated that as per the NI Act, once the accused admits signature in the cheque in question, certain presumptions are drawn, which result in shifting of onus on the accused and in the present matter, the issuance of cheques was not denied.

The combined effect of Section 118(a) NI Act and Section 139 of the NI Act is that a presumption exists that the cheque was drawn for consideration and given by the accused of the discharge of debt or other liability.

Bench stated that it is immaterial whether the cheque had been filled by the complainant once the cheque has been admitted being duly signed by the drawer-accused.

It is a settled position of law that in case of cash transaction, showcasing that complainant did not have the adequate financial capacity to lend money to the accused amounts to a probable defense and can help in rebutting the presumption that is accrued to the benefit of the complainant in cheque dishonor cases.

Bench on perusal of the record of the present case, agreed with the submission of the counsel of the accused, since the record created adequate doubts over the financial capacity of the complainant to advance the loan in question.

Hence, Court opined that the complainant failed to establish that it had the financial capacity to advance a loan of Rs 21,00,000 to the accused.

Therefore, accused successfully rebutted the presumption under Section 139 NI Act and the complainant failed to discharge the shifted onus.

“…even if the cheque presented by the complainant was returned unpaid by the bank, the complainant cannot prosecute the accused, as the requirement of the existence of legal liability has not been satisfied in the present case, since the accused has been able to establish a probable defence by creating a credible doubt over the existence of the alleged loan transaction.”

Concluding the matter, Bench held that complainant failed to prove the case beyond a reasonable doubt, hence the accused was acquitted from the charge of offence punishable under Section 138 of the NI Act. [S.S. Auto Gallery v. Vaneet Singh, 21636 of 2016, decided on 9-10-2021]

Manjeet Singh, counsel for the complainant.

D.K Ahuja, for the accused. 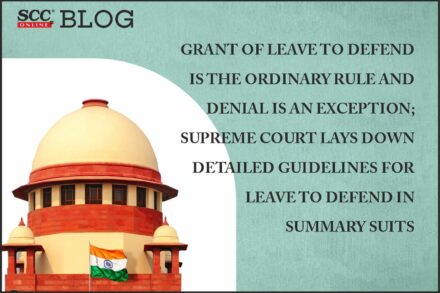 Bom HC | Director who resigned before issuing of cheques held not liable under S. 138 r/w S. 141 of NI Act for dishonour thereof