In a welfare State, statutory authorities are bound, not only to pay adequate compensation, but there is also a legal obligation upon them to rehabilitate such persons. The non-fulfilment of their obligations would tantamount to forcing the said uprooted persons to become vagabonds or to indulge in anti-national activities as such sentiments would be born in them on account of such ill-treatment.

The said road came to be converted into State Highway without payment of any compensation while expansion of the same.

It has been submitted that, respondents are trying to take forcible possession of the lands of the petitioners and respondent authorities cautioned the petitioners to use police force while taking possession. Though petitioners made it clear that they are not opposing the road widening in question but the authority should acquire their respective lands for up-gradation of the roads as per the due procedure of law.

The said up-gradation is being done in phase wise manner and petitioners are concerned with the phase of Dhangar Pimpri to Wadigodri for which the authorities are attempting to take the forceful possession of their lands under the pretext of resolution regarding adjacent lands of road which need not require acquisition.

Further, it was added that the action initiated by the respondent-authorities thereby taking forcible possession of the lands belonging to the petitioners for road widening by showing the Government Resolution was contrary to the provision of Article 300-A of the Constitution of India.

Respondent authorities stand was that they are expending the road on the existing road of 30 meters. They are upgrading the same and there is no need to acquire the lands of the adjacent land holders as they won’t be affected by the same.

As per standards, the width of the State Highway should be 30 meters. The road in question was a District Road. As per standard width of the District Road is 12 meters. By way of notification dated 19th April, 1967, the road in question was declared as State Highway in the year 1967. The question comes when District Road came to be declared as State Highway. How the width of the road is enhanced to 30 meters. Was there any acquisition of lands of adjacent land owners by way of proceedings under the old Land Acquisition Act of 1894? No record is forthcoming from both sides in order to clear the position.

Bench stated that merely, producing maps of certain villages and copies of road development plans, may not be helpful to arrive at a conclusion and record finding to that effect as the said would be an erroneous exercise. Further, it was noted by the Bench that at some places the width of the road of 30 meters and at some, it was less than 30 meters.

The right to property ceased to be a fundamental right by the Constitution (Forty Fourth Amendment) Act, 1978, however, it continued to be a human right in a welfare State, and a constitutional right under Article 300 A of the Constitution.

Article 300 A provides that no person shall be deprived of his property save by authority of law.

Is there an obligation to pay compensation under Article 300 A?

High Court remarked that obligation to pay compensation, though may not expressly included in Article 300 A, can be inferred from that Article. To forcibly dispossess a person of his private property without following due process of law is certainly violative of human right and so also, constitutional right provided under Article 300 A of the Constitution.

Elaborating more, High Court held that depriving persons of their immovable properties, was a clear violation of Article 21 of the Constitution.

It is not permissible for any welfare State to uproot a person and deprive him of his fundamental/constitutional/human rights, under the garb of industrial development.

In view of the present facts of the case, High Court expressed that, respondents are the State authorities and Central authorities constructing National Highway. They are expected to be model litigants and are expected to respect the rights of petitioners and follow due procedure of law when property is likely to be acquired.

In a society governed by rule of law, there should not be arbitrariness in any decision.

In the instant case, there was no conclusive proof to establish the width of road to be 30 meters and no question of acquiring lands of petitioners.

Hence, there should be a joint measurement of road in presence of the petitioners and respondents under the supervision of District Collector, Jalna and if the width of the road at respective villages is found to be 30 meters, there shall not any question of acquisition of adjacent lands of the petitioners and if otherwise, then Centre and State shall follow due process of law in acquiring the same. [Bhagauji v. State of Maharashtra, 2021 SCC OnLine Bom 982, decided on 3-07-2021] 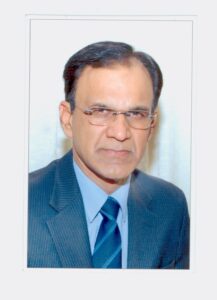 Stood third in the order of merit in LL.B. examination. Started practice in the year 1985 and joined Chambers of advocate Shri S.N.Loya. Practiced in trial Court, High Court and Debt Recovery Tribunal. Was an advocate for Financial Institutions such as Central Bank of India, Bombay Mercantile Cooperative Bank, Jalgaon Janata Sahakari Bank, many Corporate bodies and Dr.Babasaheb Ambedkar Marathwada University. Also represented Government before Justice Mane Commission. Had privilege to be the advocate of the Hon’ble the Chief Justice of the Bombay High Court.

Extracurricular activities: Is a keen sportsman played lawn tennis at National level. Represented Dr. Babasaheb Ambedkar Marthwada University six times and captained it twice in All India University Tournament. Played Basketball at State level. He was the Honourary part-time lecturer in M.P.Law College since 1991 till date of elevation as Additional Judge of the Bombay High Court on 13-3-2010. 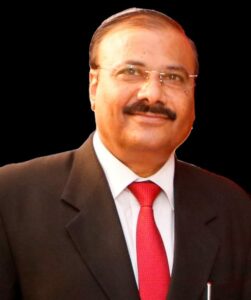 Graduated in Commerce (Hons.) from G.A. College of Commerce, Sangli. Completed LL.B. in the year 1984 from N.S. Law College, Sangli. Did LL.M. from Bharti Vidyapeeth, Pune and Diploma in Cyber Law (D.I.C.L.) from Government Law College, Mumbai and enrolled as an Advocate with Bar Council of Maharashtra & Goa in the year 1985.

Practiced at various places in Sangli District and joined judiciary in the year 1990. Promoted as Addl.District Judge in the year 2002.

Worked as Registrar (Personnel) and Registrar (Judicial) at Principal seat Bombay from 2013 to 2015. Appointed as Principal District & Sessions Judge, Ahmednagar and worked from the year 2015 to 13th July 2017.

Elevated as Judge of Bombay High Court on 14th January 2020.

Right of Press to report truthfully and faithfully | Press shall NOT indulge in sensationalism: Ker HC 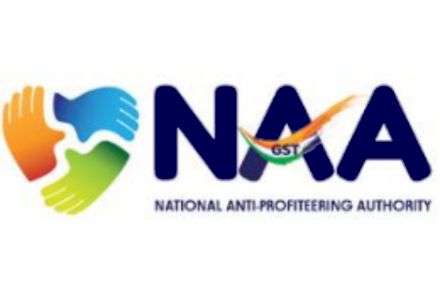