National Company Law Tribunal, Mumbai Bench: The Coram of Janab Mohammed Ajmal (Judicial Member) and V. Nallasenapathy (Technical Member),  decided the issue of whether the Resolution Plan could be shared with the employees of Jet Airways. 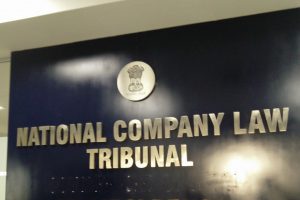 Who all are the applicants?

Pilots of Jet Airways (Corporate Debtor) were represented by a Union named National Aviators’ Guild, Maintenance Engineers of the Corporate Debtor under the umbrella of Jet Aircraft Maintenance Engineers’ Welfare Association, Bhartiya Kamgar Sena (BKS) and Jet Airways Cabin Crew Association (JACCA) respectively representing 70% of the ground staff and the majority of the Cabin Crew of the Corporate Debtor and All India Jet Airways Officers’ and Staff Association, they all sought a direction to Respondent (Resolution Professional) to furnish each of the entities/applicants a full copy of the entire Resolution Plan approved by the CoC.

Reasoning | Why do the applicants want to know the details of Resolution plan?

Applicants state that they are unaware of the details of the Resolution Plan and hence they needed to know what was provided under the RP for its members and employees.

Vital concern of the applicants is with regard to the terms and conditions of the Resolution Plan. Further, it has been added that any revival plan, for that matter, both in terms of employment and provision for outstanding wages/dues, is vital for their sustenance and mutual benefit.

Some of the employees have lingered on the rolls of the Corporate Debtor despite the financial hardships and difficulty it entailed.

Adding to the above, it has also been stated that natural justice demands that the applicants remain aware of the Plan and how it is going to take care of their interests or adversely affects them.

Further, the applicants claimed that the Resolution Plan could not be held to be confidential as far as the employees of the Corporate Debtor were concerned.

It is settled law that the interest of the Corporate Debtor is of utmost importance and should be scrupulously protected.

In view of the above stated, the present application has been filed.

Bench observed that the applicants interest in the Resolution Plan revolves around the payment/recovery of their dues such as remuneration/wages, other perquisites including terminal benefits if any.

What does Regulations 9 & 22 of the CIRP Regulation lay down?

The stated provision lays down the procedure for the workmen and employees to submit their claims before the IRP/RP.

Regulation 22 of the IP Regulations mandates that an Insolvency Professional must ensure that the confidentiality of the information relating to the insolvency resolution process, liquidation or bankruptcy process is maintained at all time.

Hence, Tribunal held that in view of the above-discussed provisions, the reluctance and refusal of the respondent in sharing the copy of the Resolution Plan with the applicants cannot be faulted.

Recourse to principles of natural justice and audi alteram partem can be taken when the provisions made in a statute fall short of the requirement and the constitutional validity of the Code has been upheld by the Supreme Court in Swiss Ribbons v. Union of India (2019) 4 SCC 17.

Adjudicating Authority cannot digress from the express provisions of the Statute and act in the manner not provided thereunder or sanctioned by the statute.

Tribunal further explained that in view of express provisions in relation to the Resolution Plan, it is clear that the statutory mandate requires that the Resolution Plan can only be presented to the CoC for its approval and presented before the Adjudicating Authority for its satisfaction in approving the same.

Code or the Regulations thereunder do not contemplate presentation or supply of the Resolution Plan or a copy thereof to any other body or entity.

“…workmen being at par with the secured creditors are also entitled to privileges of a member of CoC would be fallacious and would go against the grain of the intent and purpose of the Code. “

Therefore after a wholesome discussion, Tribunal denied any relief to the applicants with a reasoned order.[National Aviators’ Guild v. Ashish Chhawchharia, 2021 SCC OnLine NCLT 50, decided on 22-02-2021]

Do not nominate officers as CPIOs or FAAs who are on verge of retirement: CIC advises South Eastern Railway