“At the present time, only from the temple of justice like Courts, everyone hopes for right and fair justice.”

Pursuant to an order, a letter had been sent by the Chief Judicial Magistrate, Agra along with the explanation, who has passed the cognizance/summoning order on a printed proforma.

For what reasons did the Magistrate tender apology?

Magistrate, in the explanation given, submitted that due to huge workload and by mistake, he/she passed the cognizance/summoning order on a printed proforma for which he/she has tendered his unconditional apology.

Bench stated that the explanation given by the Magistrate concerned could not be acceptable for the reason that:

“If a Judge makes such a mistake, then from where will the general public get fair justice.

A Judge acts like a God, he/she should not make mistakes due to haste or excess of work. How will a normal man get justice when a judge makes a mistake because of the excess of his/her work?”

Court stated that it would not be in the interest of justice to proceed against the concerned Magistrate.

With regard to the application filed under Section 482 CrPC being filed for setting aside the Order passed by the Chief Judicial Magistrate, Agra for quashing the entire proceedings under Sections 498A, 323 IPC and Section 3/4 of D.P. Act, Court observed that the cognizance/summoning order was passed without application of mind on a printed format.

Further, summoning orders passed on a printed proforma had already been set aside by this Court in Application under Section 482 No. 41617 of 2019 (Vishnu Kumar Gupta v. State of U.P.).

Hence, the Chief Judicial Magistrate, Agra after perusing the entire records shall pass a fresh speaking and reasoned order, in accordance with law. [Sanjay v. State of U.P., 2021 SCC OnLine All 44, decided on 18-01-2021]

Lt. Governor to form committee of members from civil society to deal with solid waste management and cleaning up of dumpsites in Delhi-NCR: SC 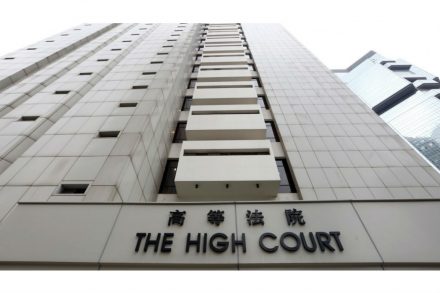