Kerala High Court: R. Narayana Pisharadi, J., while observing the instant matter asked the trial court to reconsider the question whether the suit document is a bond or an agreement.

The instant suit was filed for the realisation of money and certain other reliefs. The claim for money was based on the document allegedly executed by the first defendant in favour of the plaintiff.

When the said document was tendered in evidence, the defendants raised an objection to the marking of the document on the ground that it is a bond and it is an insufficiently stamped document.

Trial Court in its decision had found that the suit document was only an agreement and not a bond.

Defendants had also raised an objection contending that the document was a mortgage deed and it should be compulsorily registrable.

“(a) ‘bond’ includes —
(i) any instrument whereby a person

obliges himself to pay money to another, on condition that the obligation shall be void if a specified act is performed, or is not performed, as the case may be;

(ii) any instrument attested by a witness and not payable to order or bearer, whereby a person obliges himself to pay money to another; and

(iii) any instrument so attested, whereby a person obliges himself to deliver grain or other agricultural produce to another;”

It was observed that the above-stated definition is identical to the definition of bond in Section 2(5) of the Indian Stamp Act, 1899. The said definition includes all types of instruments.

Petitioner’s Senior Counsel submitted that the suit document comes under Clause (ii) mentioned above. But, learned counsel for the first respondent would contend that in order to attract Clause (ii) of Section 2(a) of the Act, the obligation created by the document shall be to pay a definite or specified amount and not something to be determined by the Court.

Further, it was submitted that in the instant case the document does not create an obligation to pay a definite or specified amount and therefore, it is not a bond but only agreement.

Suit document is styled as an agreement. But, for finding out the true character of the instrument, one has to read the instrument as a whole and then find out the dominant purpose. The test is not what the document calls itself or what form it adopts but what is the true meaning and effect of the terms contained therein.

Delhi High Court’s decision in Hamdard Dawakhana (Wakf),1967 SCC OnLine Del 36, the full bench of the court considered the distinction between the bond and an agreement. In this decision, it was observed that it is trite to say that every bond is an agreement and so is the case with a mortgage or sale or exchange but what the court has to see is whether that agreement has acquired the character of a “bond”.

Distinguishing Feature of a Bond

Bond has an obligation to pay money created by the instrument itself.

A document which evidences acknowledgement of an antecedent obligation or a pre-existing liability would not normally become a bond.

The real test to decide whether a particular document is a bond or not is to find out, after reading the document as a whole, whether an obligation is created by the document itself or whether it is merely an acknowledgment of a pre-existing liability.

Where the obligation is a pre-existing one, the subsequent document or the document executed subsequently, giving the nature of the obligation or the terms and conditions of the contract, shall be a mere agreement.

Trial Court failed to take into consideration the fact that, as per the terms of the document, a liability is created for a fixed amount, that is, the amount borrowed and 10% of that amount. Adding to this, it also did not consider whether the stipulation in the document is sufficient to treat it as a bond. Principles mentioned in the Supreme Court cases have also not been referred by the trial court.

High Court allowed the original petition and further stated that the trial court shall consider the question of whether the suit document is a bond or an agreement. [A.V. Ravi v. M.M. Abdulkhadar,  2020 SCC OnLine Ker 8185, decided on 01-12-2020]

Mere lack of State Government’s prior consent does not vitiate CBI investigation in absence of prejudice caused to accused; says SC 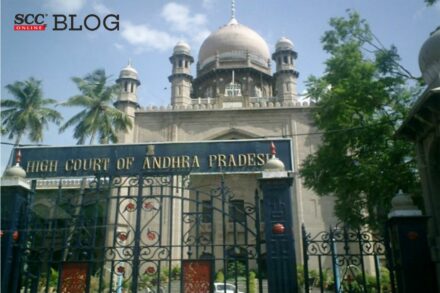 Ocular evidence to be disbelieved only when medical evidence rules out all possibilities of ocular evidence being true: Supreme Court reiterates