Rajasthan High Court: Sanjeev Prakash Sharma, J., dismissed a petition which was filed assailing the action of respondents who had terminated his services on the ground that the Administration was not satisfied with his work and the competent authority had approved the termination order.

The counsel for the petitioner, R.K.Mathur with Aditya Kiran Mathur submitted that petitioner’s services were extended after a one-year contractual period, however; in between by giving him one month’s notice, his services were terminated wrongfully. The counsel submitted that if there were any allegations either enquiry should have been conducted or a show cause notice should at least have been served upon him. By means of second stay application the counsel pointed out that after terminating his services, the respondents had issued an advertisement to fill up the post of Consultant (Legal) and prayed that the post should not be filled up.

The counsel for the respondent, P.C. Sharma submitted that petition would not be maintainable as against the respondent 1-Railways since it was a service matter and the matter should be taken up before Central Administrative Tribunal. He further submitted that respondent 2- Dedicated Freight Corridor Corporation of India Limited (DFCCIL) was a public sector undertaking having its own separate administration set up and there was no relevance of Ministry of Railways which is why same would not fall within the meaning of Article 12 of the Constitution of India and writ petition, therefore, would not lie against the DFCCIL. He further contended that the engagement was for a Post of Consultant (Legal), which was a contractual post and the term was extended up to 30th June, 2020. However, as per terms of conditions of service, the petitioner’s services could be terminated in between by giving one month notice by either side.

The Court relying on the judgment of Pradeep Kumar Biswas v. Indian Institute of Chemical Biology, (2002) 5 SCC 111 found that Union of India, Ministry of Railways had been impleaded as a party only with the purpose to show that the DFCCIL was under the Union of India, Ministry of Railways and Ministry of Railways was controlling body for DFCCIL. It would thus come within the ambit of State within the meaning of Article 12 of the Constitution of India and writ petition would therefore lie. The Court further held that Central Administrative Tribunal did not have jurisdiction to hear such matters as DFCCIL had not been notified under the Central Administrative Tribunals Act, 1985 so as to come within CATs jurisdiction.

The Court while dismissing the petition held that the termination order had been passed strictly in terms of conditions of service of contract. It further explained that engagement of a Consultant (Legal) was purely on contractual basis and subject to satisfaction of the Administration for the services being provided are legal consultancy thus, there should not be any objection, if the concerned employer was not satisfied with the services, to the action of termination it can also be issued during the period of the contract as it is provided under the terms of the contract. [Rajesh Kumar Tiwari v. Union of India, 2020 SCC OnLine Raj 1841, decided on 01-12-2020]

Suchita Shukla, Editorial Assistant has put this story together.

“And Then There Were None”: Agatha Christie’s most famous work in Del HC for trademark registration | Succinct Report 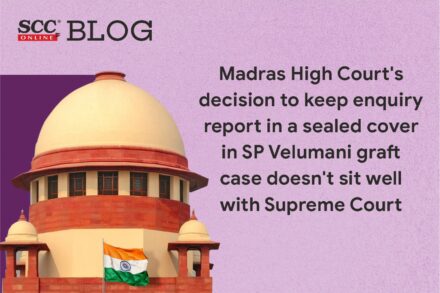