In furtherance of the objective of the government to expedite greater ease of living and doing business for those companies that uphold the law, it set up the Company Law Committee (CLC) in September 2019 to look into the decriminalisation of various offences under the Companies Act, 2013 (“2013 Act”) with respect to the gravity of each offence. Taking into account the recommendations of the CLC, the government has sought to amend various provisions through the Companies (Amendment) Act, 2020[1] (“Act”) in an endeavour to revamp the existing laws.

With this background, this article seeks to deliberate upon the key changes provided for in the Act and its far-reaching consequences. Further, it analyses whether the Act is a step in the right direction.

One of the most significant changes brought about by the Act is the decriminalisation of offences under the Companies Act, 2013. Stated as one of the primary objects of the Companies (Amendment) Bill, 2020 which manifested into this Act, this was implemented keeping in mind the CLC report[2] which was submitted in November, 2019. The offences are decriminalised based on the gravity of each offence, and on the premise that these offences neither affect public interest in a detrimental manner nor contain any element of fraud in its commission.

Keeping in mind the overall pendency of cases in courts and in an attempt to alleviate the burden of such courts, the Act seeks to enforce and adopt a principle-based approach in removing the imposition of penal consequences in case of minute and technical defaults. Further, the levying of such monetary penalties can now be adjudicated by In-house Adjudication Mechanisms (IAM) as provided under section 454 of the Companies Act, 2013, without having to approach criminal courts.

The changes have been brought about either by merely striking down parts of provisions which entail penal consequences to leave behind only the civil and monetary punishments whether with or without modifications, (as seen in section 86(1), section 89 (5), section 90 (1) etc.) or by entirely omitting offences involving the contempt of the Tribunals’ orders (under section 48(5), section 59(5), section 66(11) etc). Further, while certain offences specifically relating to Corporate Social Responsibility[3], and related party transactions[4] have been decriminalised, the monetary fine and penalties have been increased keeping in mind the gravity and nature of these offences.

Decriminalisation of offences is a quintessential move to uplift the confidence of members in running the company without the fear of being constantly taken to court for trivial offences. While there is a risk of attributing less due diligence due to the absence of criminal liability, this move is imperative for the protection of companies. The said changes are necessary in striking the right balance between the protection of the individual interests of the companies and the public interest at large.

The CLC had suggested the introduction of an alternate framework for certain offences. This can be observed in the framework suggested for the violation of Section 16(1) of the 2013 Act. The said section requires a company to rectify its name if such a name is identical or similar to that of an existing company. While the violation of this provision would normally result in the imposition of a fine, the amendment seeks to provide such companies with an auto-generated name that needs to be compulsorily used by the company until it changes its name after following the due process provided for under the Act.

Further, a contravention of Section 284 of the 2013 Act, which deals with the failure of employees, promoters and directors to co-operate with the company liquidator (CL), attracts an imposition of a fine as prescribed under the Act. However, the Act has removed such a fine and has empowered the company liquidator to apply to the National Company Law Tribunal (NCLT) in order to obtain directions from it. Further, non-compliance with NCLT’s directions is to be dealt using NCLT’s power to punish for contempt.[5]

Moreover, the CL is required to forward a copy of the tribunal order to the Registrar of Companies (ROC) regarding the dissolution of company within 30 days.[6] Non-adherence would result in the imposition of fine that has been removed by the Act. Also, the Act has laid down a process wherein the NCLT would not only forward a copy of its order to the ROC but also instruct the Company Liquidator to forward a copy to the ROC. Further, the CL is required to update the register about the dissolution of the company. Similar alternate frameworks have been provided for the violation of Section 342, Section 348 and Section 356 of the 2013 Act as well. This will allow companies to achieve the objectives of the provisions in a much efficient manner.

As per section 135 of the 2013 Act, Corporate Social Responsibility (CSR) committees were required to be constituted mandatorily on fulfilment of certain thresholds concerning profits, net worth and turnover. However, the Act has exempted companies which undertake CSR expenditure of upto 50 Lakhs, from the requirement of constituting a CSR Committee. In such companies, the functions of the CSR committee will be carried on by the Board of Directors. Further, an additional benefit is provided for under the Act to companies which spend in excess of their CSR obligation, to set-off such amount towards CSR obligations in the subsequent years.

Further, non-compliance with section 135(5) and section 135(6) entailed a fine as well as penal punishment under section 135(7) of the 2013 Act. However, under the Act, this has been decriminalised with only fines to be paid as specified, both by the company as well as the officer of the company in default. Although the Companies Amendment Act, 2019 sought to enact a provision to impose a penal punishment for not complying with the requirement of spending 2% of average net profits of the preceding three financial years towards CSR obligations, the said penal punishment has been dropped under the Act.

The Act has provided for the introduction of producer companies under Chapter XXIA. Producer companies are those that are engaged in business activities such as production, handling, procurement, marketing, selling, import/export or other such activities as provided for under Section 581B of the Companies Act, 1956[7] (1956 Act). Producer companies had to adhere to the requirements laid down under the 1956 Act until a special legislation was passed for the governance of such companies. However, the CLC propounded that modifications be made to the 2013 Act for producer companies instead of enacting a new law for the same. In line with CLC’s proposal, the Act has provisions that are similar to the 1956 Act for the governance of such companies. At the outset, these provisions relate to incorporation, registration, formation, voting rights of members, general meetings, share capital, and mergers and amalgamations of producer companies. It is important to realize that the introduction of this chapter will be beneficial for agriculture, handlooms, handicrafts and other related industries.

Further, the Act seeks to permit overseas listing of Indian companies on the bourses of permissible jurisdictions as prescribed under the rules which will be framed in this regard. This move will not only foster the economic growth of companies but will also enable India Inc. to raise foreign capital at a lower cost.

Reduction of timeline for rights issue

Section 62 of the 2013 Act had mandated that the offer for further issue of shares given to existing shareholders during rights issue can be exercised by such shareholders for a time period that is not lesser than 15 days but does not exceed 30 days from the date when the offer is made. However, the Act has sought to speed up the process by the reducing the earlier timelines provided for exercising such rights under the 2013 Act.

The Act has inserted section 418A with the objective of setting up more benches of National Company Law Appellate Tribunal (NCLAT) that will ordinarily sit in New Delhi. The said benches of NCLAT will be constituted by atleast one Judicial Member and one Technical Member. Considering the quantum of cases that NCLAT has to deal with, this is a welcome move which will not only reduce the burden of NCLAT but also will ensure speedy disposal of matters addressed to the NCLAT.

Under the 2013 Act, it was mandated that the directors shall be paid remuneration even during instances where a company earns no profits or profits are insufficient, subject to the provisions in Schedule V. While there was a mechanism for computation of remuneration only for managerial personnel under Section 197, the same did not extend to Non-Executive Directors (NED) or Independent Directors (ID).

Based on the recommendation of the CLC, Section 197 now includes NED’s as well as ID’s under its ambit. This ensures that remuneration is paid to such directors, notwithstanding the amount paid as sitting fees to such directors. As pointed out by the CLC, such directors must be compensated for their skill, professionalism and time spent in furthering the development of the company. Reducing the inconsistency between executive and non-executive directors will not only increase their effectiveness but will also help companies in retaining motivated and skilled directors who can improve its efficiency.

At the outset, the relaxations provided for under the Act can not only help the companies in the reduction of compliance costs but will also help them focus on their business activities. Further, due to the pandemic situation, the need to support and facilitate the functioning and ease of doing business for corporates in such times of economic downfall has become pertinent. Thus, the authors contend that the amendments in the Act will not only ensure that the corporates can continue to run their businesses smoothly in such testing times but will also reduce the burden of courts due to the proposed rationalization of the penalties. Hence, the Act can be considered to be a step in the right direction by the Ministry of Corporate Affairs. 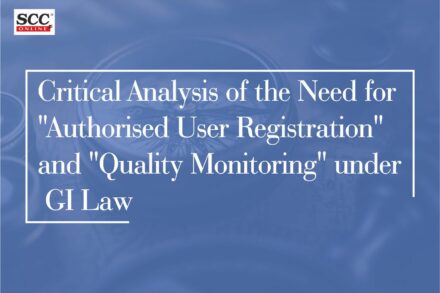 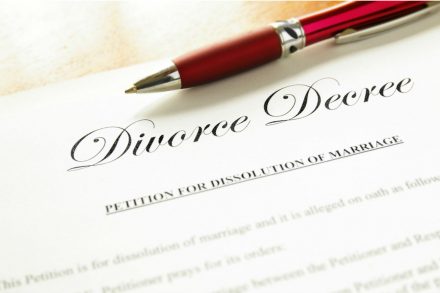 Decree of Divorce Granted by a Foreign Court and its Maintainability in India: A Critical Analysis 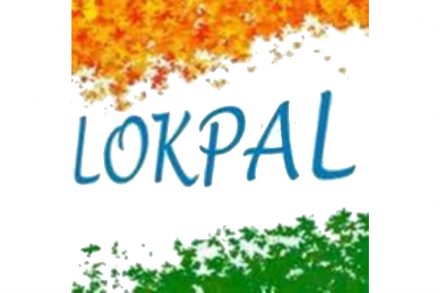