In the background of the unprecedented slump that the Indian economy is currently going through on account of the Covid-19 pandemic and the resulting lockdowns, it had become imperative to bring in some long awaited changes to the Indian labour laws to provide businesses with more leeway to operate and adapt to stay competitive in the global markets. This was also necessary from the point of view of making India self-sufficient. But as the three Codes (recently passed by Parliament in the absence of any significant opposition) set about to revamp the entire Indian Labour Law, what does it entail for the Indian industry and its workmen? In this article we shall be taking a closer look at the Industrial Relations Code, 2020[1].

The Industrial Relations Code, 2020 seeks to consolidate and modify the laws relating to trade unions, conditions of employment in industrial establishments or undertakings and investigation and settlement of industrial disputes. It shall replace the Trade Unions Act, 1926, the Industrial Employment (Standing Orders) Act, 1946 and the Industrial Disputes Act, 1947.

Interestingly, the explanation for the term “appropriate government” mentions that the Central Government shall continue to be the appropriate Government for the Central Public Sector Undertakings even where the Government has divested its stake to below 50%. This could potentially provide a pathway to the Government to undertake further divestment in the PSUs in the future while assuaging the redressal demands of the PSUs employees.

The scope of coverage has been widened to include all employees including supervisory, managerial and administrative staff that were up to now excluded from the ambit of the Industrial Disputes Act. The scope of the term “employer” has also been widened to include almost all employer including contractors and legal representatives of a deceased employer, which were up to now not a part of the said term under the Industrial Disputes Act. Similarly, the definition of the term “workers” (which replaces the term “workman” used in the Industrial Disputes Act) also includes persons employed in supervisory work and even includes working journalists and sales promotion employees. By extension, the widening of these terms also serves to extend the ambit of “industrial dispute” itself.

The definition of the term “industry” has also been elaborated upon to include most enterprises for production, supply and distribution of goods while excluding charitable organisation, sovereign function of the Government and domestic workers.

The definitions of “lay-off”, “lock out” and “retrenchment” have not seen much of a significant change. The term “strike” will now include absenteeism or refusal to work of more than 50% workers. The term “wages” for the purposes of this Code will now constitute basic pay, dearness allowance and retaining allowance, while specifically excluding bonus, HRA, PF contribution of employer, conveyance allowance, overtime allowance, commission, gratuity and any other retirement benefits.

A positive role for the Trade Unions

The new Code prescribes that to be registered and recognised any Trade Union must have (and must continue to have post registration) at least the subscription of 10% workmen or 100 workmen employed in an industrial establishment, whichever is less. Despite being considered body corporates unto themselves the Trade Unions shall be excluded from the purview of the Societies Registration Act, 1860, the Cooperative Societies Act, 1912, the Multi-State Cooperative Societies Act, 2002 and the Companies Act, 2013.

Despite retaining the concept of a Works Committee, the new Code also recognises the recognised Trade Union (the Trade Union with the subscription of 51% or more workers in case of more than one Trade Union) as the sole negotiating union or the negotiating council. Disputes between rival Trade Unions or between Trade Unions and its constituent workers will be adjudicated by the Tribunal. As a precautionary measure to the overtaking of such Trade Unions by external vested interest or mere political aspirants, the Code provides that at least a half of the office bearers of the Trade Union in an unorganised sector shall be persons actually employed in the establishment or the industry.

The Standing Orders under the new law shall apply to every industrial establishment with 300 or more workers (up from the Industrial Disputes Act where this threshold was 100).  The Central Government shall make model standing orders and the employers shall follow suit with their draft standing orders based thereupon within 6 months therefrom. The Trade Unions shall be consulted therein and the draft Standing Orders shall then be certified by a Certifying Officer.

In my opinion, where the new Code truly shines is in its significant push to avail multiple avenues outside of the traditional labour courts for grievance and dispute redressal. A laudable initiative in the new Code is the provision for the constitution of a Grievance Redressal Committee in all establishments employing 20 or more workers as an in-house redressal mechanism for fast-track redressal (within 30 days) of the grievances of individual workers. The appeal there from goes to the Conciliation Officer. The appeal from the Conciliation Officer in turn goes to the Industrial Tribunal.

Further, in keeping with the times, the new Code has done well to introduce Alternate Dispute Resolution in the Industrial Dispute Redressal mechanism by providing for the provision for voluntary reference and redressal of disputes by way of arbitration. The new Code further provides recognition to settlements (both within and outside conciliation proceedings) and arbitration awards by making them binding on the parties involved.

Besides the usual Industrial Tribunal, the new Code also provides for the establishment of one or more National Industrial Tribunals which shall adjudicate such disputes (by consensus), that are deemed to be of national importance or concern establishments in more than one States, as are referred to it. A very important aspect of the new Code is that it shall also affect all pending disputes which will be transferred to the appropriate forum under the new Code and adjudicated either de novo or from the present stage as deemed fit.

An interesting aspect of the Code is that the appropriate State Government or the Central Government gets a choice to exercise veto on enforcement of any award on “public grounds affecting the national economy or social justice” subject to the subsequent approval of such executive action by the State Legislature or Parliament as the case may be.

The new Code also allows workers to recover money from their employers by initiating proceedings in the prescribed manner with the appropriate Government.

Hire and Fire or Misfire?

The general provisions for continuous service, lay-offs, retrenchment and notice before the closure of business remain more or less the same in the new Code as in the Industrial Disputes Act, 1947. However, where the new Code is a game-changer is in providing employers with more flexibility in hiring and firing by way of appointing fixed-term workers. At the same time, the new Code seeks to balance the scales by extending all the statutory benefits including gratuity to such fixed-term employees as are employed for over a year.

In another much-needed initiative, the new Code also provides for setting up a worker’s reskilling fund for retrenched workers with contribution from both, the employers as well as the appropriate Government.

While the new Code provides a breather for businesses by raising the threshold for the Standing Orders and also takes some laudable initiatives on the disputes redressal side, the major provisions pertaining to layoffs, lockouts and retrenchment (outside of the fixed term workers) remain largely the same and hence, continue to be severely regulated. Given the largely dismal outlook of the economy in the near future and the loss of several huge investments opportunities in the recent past, I fear that this may not be enough and that more sacrifices may be required for the revival of the badly hit Indian industry and to ensure that it is able to compete competitively with the more favourably placed economies for a bigger pie of the global trade of goods and services going forward.

* Advocate-on-Record, Supreme Court of India and disputes resolution lawyer at various Commercial Courts and Industrial Tribunals in Delhi. Author can be reached at gaggar.aditya@gmail.com 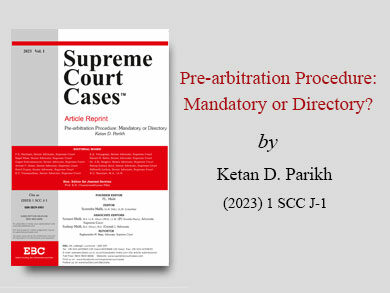 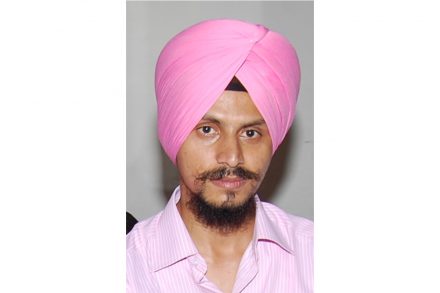 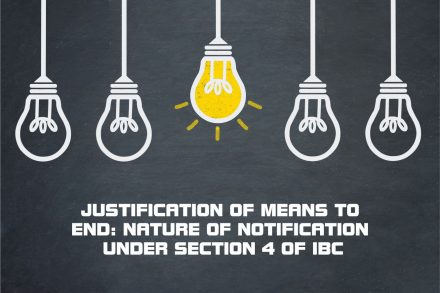 Justification of Means to End: Nature of Notification under Section 4 of IBC