As Justice N. V. Ramana, next in line to become the Chief Justice of India, celebrates his 63rd birthday today, let’s have a look at his journey so far in shaping the justice system.

Here are some of the notable judgments that Justice Ramana has been a part of:

Jindal Stainless Ltd v. State of Haryana, (2017) 12 SCC 1: A 9-judge bench, by 7:2 majority, upheld the validity of the entry tax imposed by the States on goods imported from other States. The Bench held that taxes simpliciter are not within the contemplation of Part XIII of the Constitution of India and that the word ‘Free’ used in Article 301 does not mean “free from taxation”. T.S. Thakur, CJ and Dr.  A.K. Sikri, S.A. Bobde, Shiva Kirti Singh, N.V. Ramana, R. Banumathi and A.M. Khanwilkar, JJ, giving the majority view said that States are well within their right to design their fiscal legislations to ensure that the tax burden on goods imported from other States and goods produced within the State fall equally. Read more

Anuradha Bhasin v. Union of India, (2020) 3 SCC 637: A 3-judge bench of NV Ramana, R Subhash Reddy and BR Gavai, JJ has asked J&K administration to review all orders imposing curbs on telecom and internet services in the state in a week and put them in public domain. “The existing Suspension Rules neither provide for a periodic review nor a time limitation for an order issued under the Suspension Rules. Till this gap is filled, the Review Committee constituted under Rule 2(5) of the Suspension Rules must conduct a periodic review within seven working days of the previous review, in terms of the requirements under Rule 2(6).” Read more

Nabam Rebia, and Bamang Felix v. Deputy Speaker, (2016) 8 SCC 1: A 5-judge constitutional bench of Jagdish Singh Khehar, Dipak Misra, Madan B. Lokur, Pinaki Chandra Ghose and N.V.Ramana, JJ. quashed the order of the Governor, preponing the 6th session of the Arunachal Pradesh Legislative Assembly by a month without consulting the Chief Minister, Council of Ministers or the Speaker, on account of being violative of Article 163 read with Article 174 of the Constitution of India. Read more

Commr. of Customs v. Dilip Kumar and Co., (2018) 9 SCC 1 : A five-Judge Constitution Bench speaking through N.V. Ramana, J., while invalidating the ratio of Sun Export Corpn. v. Collector of Customs, (1997) 6 SCC 564, laid at rest the controversy regarding the interpretation of an ambiguous provision exempting tax. The Bench noticed that there was distinction between interpreting a charging section and an exempting section. In case of ambiguity in a charging section, the interpretation has to be made in favour of the assessee. Read more

Roger Mathew v. South India Bank Ltd., 2019 SCC OnLine SC 1456 : A 5-judge Constitution Bench of Ranjan Gogoi, CJ and NV Ramana, Dr. DY Chandrachud, Deepak Gupta and Sanjiv Khanna, JJ has upheld the validity of Section 184 of the Finance Act, 2017 and held that the said Section does not suffer from excessive delegation of legislative functions as there are adequate principles to guide framing of delegated legislation, which would include the binding dictums of this Court. The Court struck down the Tribunal, Appellate Tribunal and other Authorities (Qualifications, Experience and other Conditions of Service of Members) Rules, 2017, made under Section 184 of the Finance Act, 2017, for being contrary to the parent enactment and the principles envisaged in the Constitution. Read more

Adi Saiva Sivachariyargal Nala Sangam v. State of T.N., (2016) 2 SCC 725 : The bench held that the appointment of Archakas in temples will have to be made in accordance with the Agamas, subject to their due identification as well as their conformity with constitutional mandates and principles. Exclusion of some and inclusion of a particular segment or denomination for appointment as Archakas would not violate Article 14 only so long such inclusion/exclusion is not based on criteria of caste, birth or any other constitutionally unacceptable parameter.

Md. Anwar v. State of NCT of Delhi, 2020 SCC OnLine SC 653:. The 3-judge bench of NV Ramana, SA Nazeer and Surya Kant, JJ has held that in order to successfully claim defence of mental unsoundness under Section 84 of IPC, the accused must show by preponderance of probabilities that he/she suffered from a serious-enough mental disease or infirmity which would affect the individual’s ability to distinguish right from wrong. “Mere production of photocopy of an OPD card and statement of mother on affidavit have little, if any, evidentiary value.” Read more 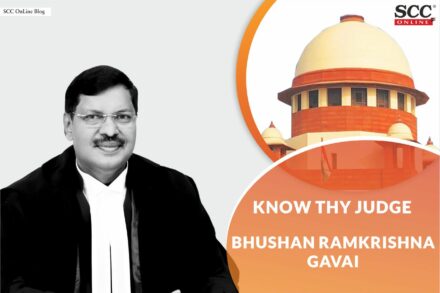 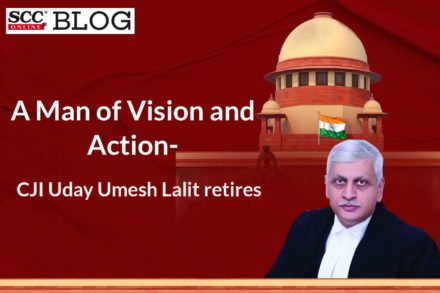 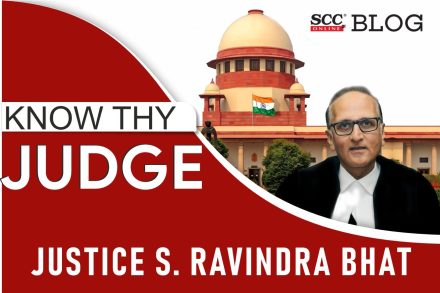