Supreme Court: Explaining the law on transfer of cases from High Courts to the Supreme Court, the single judge bench of Aniruddha Bose, J has said that Article 139A of the Constitution vests the Supreme Court with jurisdiction to direct transfer or withdrawal of a case pending in a High Court to this Court on the following two conditions:

The Court further explained that on satisfaction of these conditions, this Court can make direction in exercise of its discretion for withdrawing the case for disposal of the same by itself. The manner in which such discretion would be exercised would vary from case to case.

The Court was hearing a petition seeking transfer of a matter dealing with 10% vertical reservation for economically backward persons in general category in certain fields of public employment, from Punjab and Haryana High Court to the Supreme Court. The ground for seeking such transfer under Article 139A of the Constitution of India was that on identical point the Gujarat High Court has invalidated an ordinance issued by the State of Gujarat providing reservation of seats in the educational institutions in that State and of appointments and posts in the services under the state in favour of economically weaker sections of the unreserved categories and that decision is under appeal before the Supreme Court.

Considering that the points involved in the petition pending in the Punjab and Haryana High Court require adjudication of substantially the same questions of law and that the said questions have arisen in two different States, the Court was of the opinion that these were substantial questions of general importance and it, hence, allowed the petition to be transferred to the Supreme Court.

Provisions of DV Act cannot be used as a ploy by son, to either claim a right in his father’s property or continue to retain possession of father’s property, on strength of his wife’s right of residence: Del HC 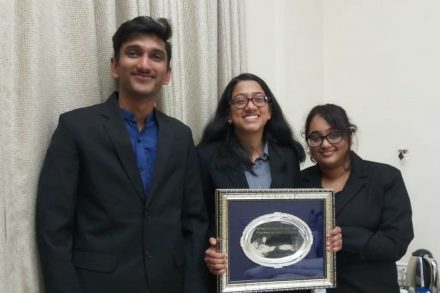