The National Human Rights Commission has taken suo motu cognizance of a media report that due to extension of lockdown and closure of schools by the Central and State governments, the poor children are not getting the mid-day meal. As a result, such children are now forced to work to arrange a meal for themselves. The news report has disclosed the facts pertaining to the Bhagalpur district of the State of Bihar wherein an exercise was undertaken to understand the effects of the pandemic especially in Bhagalpur district of Bihar.

Reportedly, earlier the children were able to get roti, rice, vegetables, dal, soya and eggs in the mid-day meal which has now disappeared and the children are not only starving but getting involved in petty dirty works. The people residing in these areas belong to below poverty line, who do garbage collection, begging or working for the contractors to collect waste etc. Their children, who could have some food in the schools, are now starving and suffering from malnutrition. On the other side, the District Magistrate has, reportedly, stated that the money is being sent to the account of children or their guardians in lieu of mid-day meal for the period when the schools are shut.

The Commission has observed that it is concerned that the school going children in other states may not be facing the same difficulties. Accordingly, it has issued notices to the Secretary, Department of School Education and Literacy, Union Ministry of Human Resource Development, and the Chief Secretary, Government of Bihar calling for a detailed report in the matter, within four weeks.

The Commission has observed that the mid-day meal scheme of the government is aimed to provide food to the young school going children ensuring protection of their right to food and education. The Article 21-A of the Constitution of India has also ensured Education as a fundamental right and the Right of children to Free and compulsory Education Act, 2009 has been enacted by the Parliament. The facility of mid-day meal in the schools has definitely attracted the young children and their parents towards schools to continue their studies. The scheme has also helped children from the poor background to get education and save themselves from the malnutrition.

It has further observed that apparently amid lockdown across the country, the schools are not functional and the mid-day meal has been stopped due to which poor children are forced to indulge in small jobs which not only spoil their health but also push them towards petty crimes and other anti-social activities. The children in this condition will be prone to drug addiction and trafficking by the criminal elements of the society, involved in illicit activities.

The Commission noted that India is also signatory to United Nation’s Convention on the Rights of the Child. Article 24 of the convention clearly says that the States should recognize the rights of the child to the enjoyment of the highest attainable standard of health. It is the duty of the state to ensure that no child is deprived of his or her right of access to such health care services. It is mentioned in the part (c) of the Article 24 that state government shall take steps to combat diseases and malnutrition. Article 26 has provisions asking the party states to recognize for every child, the right to benefit from social security including social insurance by making national law.

Acknowledging the efforts of the Centre, the Commission observed that the Government of India has no doubt, introduced many schemes to ensure right to food and to ensure that there should be no deaths due to starvation and the young children do not suffer from malnutrition but the facts mentioned in the news report are alarming. The condition of the children is pathetic. This is a serious issue of violation of human rights. The right to life, food, dignity and equality of the children are being violated due to negligent attitude of the state authorities.

According to the media report, surprisingly, for the students of Class I-V, for a period of 15 days, the amount is calculated Rs. 114.21 per children and Rs. 171.17 for the students studying in the Class VI-VIII. A villager has reportedly stated that the government officials had given every ration card holder, 5 kg of rice or wheat, and 1 kg of dal under the Pradhan Mantri Garib Kalyan Ann Yojana (PMGKAY). But for the last many months, nobody has come and we are forced to ask people in the village for food in the absence of mid-day meal. The school children are reportedly now going to collect plastic scrap, waste or to beg to earn Rs. 10-20 for them. The cost of food for a child has been calculated between Rs. 7.61 to 11.41 per day. The residents have stated that they are not getting any money from the authorities even the meager one announced by the authorities.

The principal of Shanti Devi Kanya Vidhyalaya in Sultanganj has reportedly stated that until lockdown-2, some money had come which was transferred to bank accounts for the month of April but after lockdown-2 ended on May 03, 2020, nothing has happened at all. The principal who has 265 children in her school has reportedly stated that the amounts declared by the authorities are a joke. The school teachers have also disclosed that even these meager amounts will not reach the children because the money which is often sent to the bank account for school uniform etc. is also taken and spent by the parents for their use and the children attend the school without uniform.

Former Union Health Secretary, Shri Keshav Desiraju, as mentioned in the news report has stated that online education cannot be the only answer, it can only be supplementary and with mid-day meal, the government must look at ways where food can be delivered to the children at their homes. 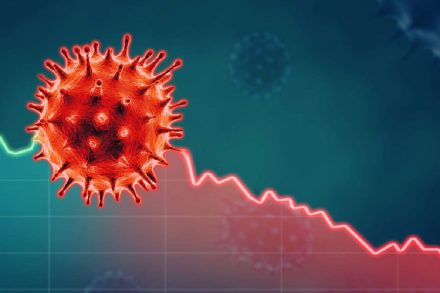 30% reduction in salaries payable to MPs to meet exigencies of COVID 19 — Salary, Allowances and Pension of Members of Parliament (Amendment) Ordinance, 2020

By Bhumika Indulia Published on April 8, 2020