“A Judge of the Supreme Court is not entitled after retirement to plead or act in any court or before any authority within the territory of India. He has to depend during the declining years of his life on his savings and the pension to which he is entitled as a retired Judge. The meagre pension has thus also the undesirable consequence of driving some of the Judges who have retired to find remunerative occupation which affects the dignity of the high judicial office they held.”

The above is an extract from the 14th Report of the Law Commission of India on ‘Reform of Judicial Administration’ submitted merely a decade after independence. Evidently, more than sixty years ago to the day when a former Chief Justice of the Supreme Court would be nominated to the Rajya Sabha, the Law Commission of India, then headed by none other than M.C. Setalvad himself, came to express grave misgivings precisely regarding what has transpired by way of the Home Ministry’s Notification dated March 16, 2020.

The events as have unfolded herein may not be the first instance of such a brazen assault on judicial propriety and dignity. In fact, as far back as 1958, government employment of Judges after they had superannuated from the Bench had been expressly deprecated as one having a debilitating impact on judicial independence, with the Law Commission recommending a complete prohibition thereof.[1]

However, in the years that have ensued, nothing justifies the utter disregard and oversight on part of the framers of the Constitution as well as successive elected governments insofar as this gaping void in Chapter IV of Part V[2] of the Constitution is concerned. A perusal of the Constituent Assembly (CA) Debates clearly points towards a perceptible acceptance and imbibing of the best traditions of judicial independence as well as propriety. Paramountcy was given to ensuring that the Indian Republic is bestowed with a truly independent and free thinking judiciary.

Nevertheless, one cannot but notice the disproportionate preoccupation of the Constituent Assembly with the manner and mode of ‘appointments’ and ‘conditions of service’ of Judges to the detriment of other subliminal pressures acting upon them. Perhaps the thought ran that if citizens of high moral character are appointed and allowed to function in a sufficiently insulated and isolated environment, the pressures of the other gubernatorial branches would be unable to render pliable an ‘untouchable’ judicial setup.

In fact, Granville Austin in his seminal work on the workings of the Constitution of India while stoutly defending the appointment of Judges as it transpired in the pre-Indira era has laid out several instances of the grim reality of executive inter reference based on regional, communal, linguistic as well as caste based considerations.[3] Therefore, though no outward fault may be attributed to the Constituent Assembly’s oversight, it must be accepted that with evolution in gubernatorial functioning, judicial sanctity must also assume a dynamic, varied and evolved response.

It is bewildering to note that a constitutional prohibition on holding of any government office post-superannuation has in fact been enacted in the very next chapter of the Constitution of India[4]; Article 148 providing thereby that,

Similarly, vide Article 319, insofar as the Chairman of the Union Public Service Commission is concerned, it has been provided that,

Evidently, thus, there exists ample precedence for a constitutional bar/prohibition on further employment under any government for those occupying certain constitutional posts. Perhaps an argument can be made out as nomination as a member of the Rajya Sabha strictly does not amount to ‘further employment under any Government’. Nevertheless, the manner in which a former chief of the Indian judiciary has been nominated to a legislative post shall surely dent the resolute confidence that the aware public reposes in those who occupy the highest echelons of our judicial setup.

In conclusion, it is put forth that if the state of affairs betrays a predisposed inclination, erosion of faith and confidence in the judicial establishment is indubitable. Only a bipartisan resolution to ensure that this failure and complete oversight on part of the framers of the Constitution is undone may possibly ensure restoration of judicial dignity. It is grossly undesirable that those sitting in judgment over a litigant should then be permitted to seek employment with the same litigant; such quid pro quo will surely be the death knell of natural justice.

* The authors are practising advocates in Delhi.

[2] Part V, Chapter IV of the Constitution of India consists of provisions establishing the ‘Union Judiciary’.

[4] Part V, Chapter V of the Constitution of India pertains to the ‘Comptroller and Auditor General of India’. 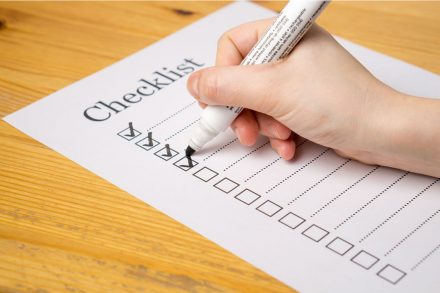 Compliance Checklist for appointment of Executive Director or Whole-time Director 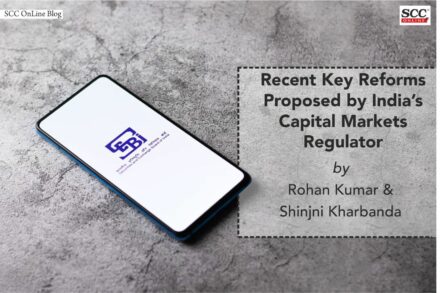 Adjudication Order passed by SEBI, set aside in the absence of an “Opinion”