The State of Telangana had initiated the Kaleswaram Irrigation Project under which it proposed to construct many reservoirs downstream. The lands of the petitioners before the Court, who are small farmers owning small extents of land and eking out their livelihood doing agriculture, were acquired by the State for the purpose of Ananthgiri Sagar reservoir which is also a component of the Kaleswaram irrigation project. Although the Bench was familiar to the fact that  water from these reservoirs (from the river Godavari) would be supplied and utilised in more than 10 districts for agriculture purpose, besides covering the supply of drinking water to the State of Hyderabad. The Bench believed it to be a prestigious project conceived in public interest however there was unequal bargaining power with the respondents and the petitioners who were small farmers and in the present cases too the choice given to them was unfair, unreasonable and unconscionable.

Thus, the Bench declared that the agreement was vitiated by coercion, that they were unconscionable and consequently unenforceable invoking Section 19 and 23 of the Contract Act, 1872. The Court also held that the action of the State was also violative of Article 14 and 300-A of the Constitution of India. Taking their respective dates of dispossession as the date of Section 11(1) notification (issued in July, 2015), the bench ruled that the petitioners would be entitled to compensation as if their lands had been acquired under the new LA Act of 2013. Requiring such compensation to be paid within 3 months, the bench also ordered the state to pay costs of Rs 2,000 to each of the petitioners.

The Court held that the petitioners were entitled not only to the compensation but also the lump sum amount towards rehabilitation and resettlement as per Section 31(A).

The Court further directed that amounts already paid to petitioners shall not be recovered by the respondents and shall be adjusted by the State towards the compensation found payable to the petitioners after such compensation for land is determined strictly in accordance with the procedure prescribed in Act of 2013. The Court dispelled the State Government’s argument of lack of urgency in posting the matter for final hearing Via Video Conferencing Amidst the Lockdown and further in its opinion, issues relating to adequate payment of compensation to land losers and their Rehabilitation and Resettlement cannot be postponed in the manner suggested by the Advocate-General, when,

(b) Section 38 in fact mandates that the land owner can only be dispossessed by the Collector after ensuring full payment of compensation as well as rehabilitation and resettlement entitlements are paid or tendered to the entitled persons within a period of three months for the compensation and a period of six months for the monetary part of rehabilitation and resettlement entitlements listed in the 2nd Schedule to the Act;

(c) the 2nd proviso to Section 38 states that in case of acquisition of land for irrigation or hydel project, the rehabilitation and resettlement shall be completed six months prior to submergence of the lands acquired; and

(d) it is admitted in para 2 of the Memo that the previous Bench presided over by the Chief Justice had permitted the State to release water into the subject lands which were acquired for the purpose of Kaleswaram Lift Irrigation Project (Order dt. 01.05.2020 in W.P. No. 35059 of 2017, 7549, 10393 and 11714 of 2019) (the Anatagirisagar reservoir was inaugurated on 24.4.2020 itself) , and consequently the lands of the petitioners would be submerged and result in their dispossession

The learned Advocate-General cannot contend that this Bench should ignore the mandate of the statute contained in the 2nd proviso to Section 38, that it should also ignore the timelines specified in it including the timeline for rehabilitation and resettlement mentioned in the 2nd proviso to ensure Rehabilitation and resettlement 6 months before submergence of the lands acquired and simply adjourn the matter to an unknown future date.

The Bench while allowing the petitions directed that the exercise of re-determination of compensation for lands, structures and determination of the lump sum Rehabilitation and Resettlement under Section 31-A of the Act to each of the petitioners as directed above as well as payment of the same shall be made within 3 months by the respondents taking into account the amounts already received by the petitioners; and that the 1st respondent shall also pay costs of Rs 2,000 to each of the petitioners. [Merugu Narsaiah v. State of Telangana, 2020 SCC OnLine TS 536 , decided on 03-06-2020] 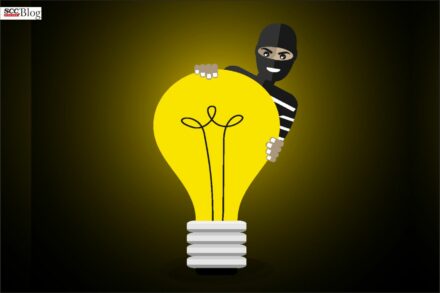