Bombay High Court: A Division Bench of M.G. Sewlikar and T.V. Nalawade, JJ., upheld the decision of the trial court to convict the accused under Section 302 of Penal Code and held that,

“ A person who pours kerosene on someone and sets him on fire has no right to say that he had no knowledge that this act of his would cause death or would cause such bodily injury as is likely to cause death.”

Appellant/accused was a liquor addict and one evening when he came to home, the deceased (wife) asked him why he consumed liquor after which the appellant/accused abused her and said that he would get rid of her.

Two dying declarations were recorded wherein the deceased stated the same story as above, after which offences under Sections 307, 323, 504 and 506 of IPC were registered. Offence was converted under Section 302 of Penal Code as the deceased breathed her last.

Sessions Judge found that both the dying declarations were voluntary and truthful.

“Principle on which dying declaration is admitted in evidence is based on the legal maxim “Nemo Moriturus Praesumitur Mentire”: i.e. the man will not meet his maker with a lie in his mouth. It is based on the principle that in the face of death, all the worldly aspirations of a man do not exist. It is unlikely that a person who is on death bed would falsely implicate an innocent.”

Principles of governing the dying declaration are enumerated in the case of Paniben v. State of Gujarat, (1992) 2 SCC 474.

Bench observed that, accused had failed to explain the circumstances in which the incident occurred. Prosecution proved both the dying declarations. It also proved the presence of the accused at the time of incident and also proved that kerosene was detected on the clothes of the accused.

Having regard to the above, trial court did not commit any error in placing reliance on both the dying declarations and recording the conviction against the accused under Section 302 of IPC.

Counsel Shri Chatterji for the accused had contended that the accused had no intention of doing the said act i.e. the intention to murder as he had poured water on the person of the deceased soon after she was engulfed by fire.

For the above argument, Court stated that,

The act is so inherently dangerous that a man of ordinary intelligence can also contemplate that setting a person on fire would entail death or would cause such bodily injury as is likely to cause death.

Thus, the High Court on noting the above held that the prosecution has proved that the death is homicidal. Bench also cited the Supreme Court’ decision in Suraj Jagannath Jadhav v. State of Maharashtra, 2019 SCC OnLine SC 1608, wherein it was held that,

“Even assuming that the accused had no intention to cause the death of the deceased, the act of the accused falls under clause Fourthly of Section 300 IPC that is the act of causing injury so imminently dangerous where it will in all probability cause death.” 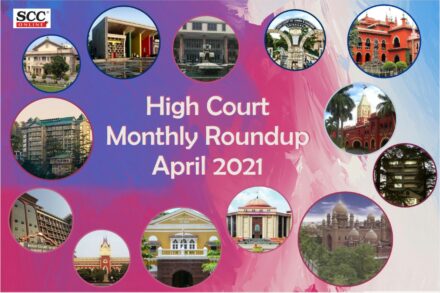 NHRC notice to Assam Govt. over torture of two women in police custody

No bail to an accused when prima facie prominent role in commission of offence: Kerala HC