Supreme Court: The 9-judge bench of SA Bobde, CJ and R Banumathi, Ashok Bhushan, L Nageswara Rao, M M Shantanagoudar, S A Nazeer, R Subhash Reddy, B R Gavai and Surya Kant, JJ, hearing the Sabarimala reference has reserved it’s order on the legal issue of whether the Supreme Court can refer questions of law to a larger bench while exercising its review jurisdiction. The bench will pronounce the order on February 10, 2020 and will accord a day-to-day hearing from February 12, 2020 on issues relating to discrimination against women at various places of worship including the Sabarimala temple.

Solicitor General Tushar Mehta submitted before the Court that the 5-judge bench in Kantaru Rajeevaru v. India Young Lawyers’ Association, 2019 SCC OnLine SC 1461 was right in referring the questions of law to the larger bench. He said,

“As custodian of fundamental rights, it was the duty of the court to lay down an authoritative pronouncement on these questions of law.”

Senior advocate Fali S Nariman opposed the submission and said that only the President can ask questions of national importance, not the court.

Earlier, the bench had agreed to hear the argument on the issue whether the court can refer questions of law to a larger bench on a review petition after renowned jurist and senior advocate Fali Nariman objected to the manner in which the Supreme Court turned a review of the Sabarimala case into an opportunity to set up a nine-judge Bench and examine whether certain essential religious practices of various faiths, including Islam and Zoroastrianism, should be constitutionally protected.

In our report dated 14.11.2019, we had pointed out that the order passed by the 5-judge bench in Kantaru Rajeevaru v. India Young Lawyers’ Association, 2019 SCC OnLine SC 1461 was debatable as involved a reference to a larger bench in a review petition. We wrote,

“If it is believed that a reference has indeed been made in the majority verdict, it will again be debatable on the ground that a reference cannot be made in a review petition. A judgment of the Supreme Court of is final, and a review of such judgment is an exception. Whatever the Court decides in a Review Petition become the law. So will a reference of a review petition to a larger bench mean creation of a new forum? Too many loose ends have been left in the majority verdict that the Court will have to tie up sooner or later.”

The bench is hearing matters relating to discrimination against women in various religions including Kerala’s Sabarimala temple, mosques, the practice of female genital mutilation in the Dawoodi Bohra community and Parsi women married to non-Parsi men being barred from its holy fire temple.

Overlapping or related issues pending before the Supreme Court

Earlier, CJI Bobde had said that the court will examine the matter and hear the scope of judicial review on the point of religious faith and women’s rights. He had fixed a 10-day period for concluding the hearing on the petition seeking women’s entry into Sabarimala temple, mosques, and Parsi Agiyari.
The Court had on January 13 said that it will only hear the questions referred to in the review order passed by it in November last year in the Sabarimala temple case, which allowed women and girls of all age groups to visit the shrine in Kerala. The bench had asked counsels to consult each other and decide which issue is to be argued by whom as done during Ayodhya hearing.

(With inputs from News18) 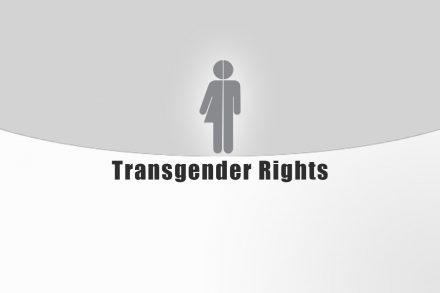