Supreme Court: A Division Bench comprising of AM Khanwilkar and Dinesh Maheshwari, JJ. has held that the contents of a memory card or a pen drive in relation to a crime amount to a ‘document’ and not a ‘material object’ and the accused would be entitled to a copy of the same to prepare his defence under Section 207 of the Code of Criminal Procedure, 1973. However, if the electronic evidence pertained to a rape case then the trial court, keeping in mind the sensitivity of the contents, could deny a copy but may allow the inspection to the accused and his/her lawyer or expert for presenting effective defence during the trial.

The Court was deciding upon a case relating to Kerala actor’s plea for handing over a copy of the visuals of the alleged sexual crime committed on an actress in February 2017. The Court observed that if the prosecution was to rely on the fact of recovery of a memory card, then it could be treated as a material object. However, if the contents of the memory card are sought to be relied upon by the prosecution, then the same would be documentary evidence.

The judgment referred to Section 3 of the Indian Evidence Act, 1872 which includes electronic records in the definition of ‘documentary evidence’. The Court observed that tape records of speeches, and compact discs containing visuals, etc have been held to be “documents” by precedents. Also, Section 2(1)(t) of the Information Technology Act, 2000 [IT Act, 2000] defined “electronic record” to mean ‘data, record or data generated, image or sound stored, received or sent in an electronic form or microfilm or computer generated microfiche’. In this backdrop, the Court held that the footage/clipping contained in such a memory card/pen drive, being an electronic record as envisaged by Section 2(1)(t) of the IT Act, 2000, is a “document” and cannot be regarded as a “material object”. [P. Gopalkrishnan v. State of Kerala, 2019 SCC OnLine SC 1532, decided on 29-11-2019]

Del HC | Husband, his family harass wife for dowry leading to her committing suicide. Can settlement between accused and wife’s father be accepted? Court decides 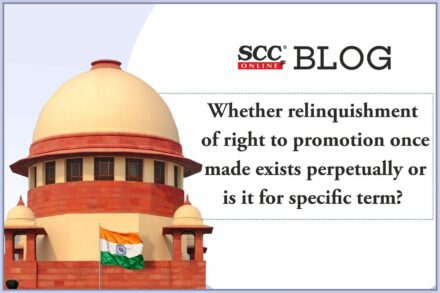 Whether relinquishment of right to promotion once made exists perpetually or is it for specific term? Supreme Court answers

SC holds NRI quota for admission to professional courses “neither sacrosanct, not inviolable”; private colleges have some elbow room