Punjab and Haryana High Court: A Division Bench of Rajiv Sharma and Harinder Singh Sindhu, JJ., disposed of the appeal of a person who was convicted and punished for murder under Section 302 of the Penal Code, 1860 by the trial court.

The appellant herein was convicted by the trial court under Section 302 of IPC which was later converted to Section 304 Part-II of IPC. The appellant had already undergone 10 years and 12 days of imprisonment and prayed for a lenient view towards the quantum of sentence.

The Court recorded a finding stating that the appellant had inflicted simple injuries on the respondent. Relying on Shailesh Jasvantbhai v. State of Gujarat, (2006) 2 SCC 359 and Jameel v. State of Uttar Pradesh, (2010) 12 SCC 532, the Court held that the sentence must be awarded for an offence; and the circumstances affecting the offence must be analyzed by the court on the basis of their relevance.

Also, the sentencing system of the courts must consider: (i) nature and gravity of offence, (ii) motive and manner of commission of offence, (iii) weapons used, and (iv) conduct of accused.

Taking into account the facts and circumstances of the case, the Court preferred a lenient view and sentenced the appellant to the period of imprisonment already undergone by him, thus releasing him and disposing of the case.  [Mohan Singh v. State of Punjab, IOIN CRA-D-122-DB of 2004, decided on 22-07-2019] 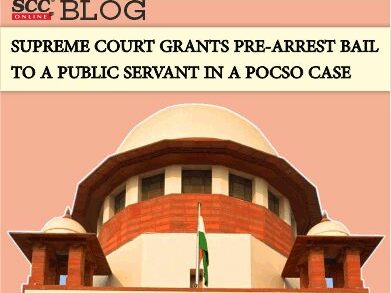