The facts of the present case are that, the appellant had filed an RTI application seeking information regarding the details of people who were involved in the Panama Papers; action was taken with respect to that and the details of officers responsible for the delay in Panama Papers Leak case investigation. In respect to the stated, CPIO had informed that their Organization was exempted under Section 24 read with Second Schedule of RTI Act, 2005.

Appellant on being dissatisfied with the above response of the CPIO approached the FAA, though FAA upheld the CPIO’s response.

Appellant reiterated the RTI Application’s content that he had filed earlier and added that the information sought by him was not provided to him whereas it was a serious matter pertaining to corruption at higher levels.

Respondent is represented by Vipin, APIO and Rajesh Ridla, Assistant Legal Advisor,  also reiterated its response that their organization was exempted under Section 24 read with Second Schedule of RTI Act, 2005 and also the matter was sub-judice due to which no further details could be disclosed at this stage.

Commission on noting the above-stated position referred to the definition of “Information” under Section 2(f) of RTI Act, 2005, which is as follows:

“information” means any material in any form, including records, documents, memos, e-mails, opinions, advices, press releases, circulars, orders, logbooks, contracts, report, papers, samples, models, data material held in any electronic form and information relating to any private body which can be accessed by a public authority under any other law for the time being in force.

Along with the above-stated definition of “information”, Commission also mention the relevant extract of Section 2 (j) of the Act, for reference, which read as follows:

Under Section 6 of the RTI Act, an applicant is entitled to get only such information that can be accessed by the “public authority” under any other law for the time being in force. The answers sought by the petitioner in the application could not have been with the public authority nor could he have had access to this information and Respondent No. 4 was not obliged to give any reasons as to why he had taken such a decision in the matter which was before him.”

In regard to the information being sought in the present case, another reference was made to the decision in CPIO, Directorate of Enforcement v. Bimal Kumar Bhattacharya, WP (C) No. 345 of 2018, wherein it was held that,

Thus, in view of the facts and circumstances of the case along with the reference to the decision of the Superior Courts, Commission held that no further intervention of the Commission is required in the matter in light of protection being granted to the respondent public authority under Section 24 of the RTI Act, 2005. [Durga Prasad Choudhary v. CPIO, Directorate of Enforcement, 2019 SCC OnLine CIC 1231 , decided on 04-10-2019]

It exempts intelligence and security organizations from the purview of the Act. 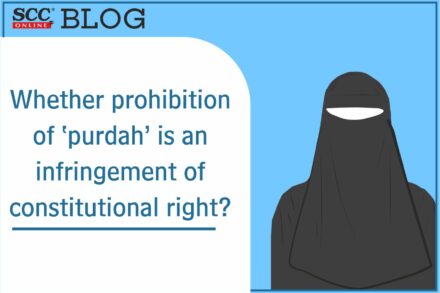