The appellant was in receipt of a guilty verdict. He was indicted for committing the murder of his wife Kausar Bibi (deceased). The said verdict was affirmed by the High Court judgment which was challenged through this appeal. Prosecution case was structured on the statement of the deceased’s brother Muhammad Arshad, according to whom, the marriage of the appellant was on the rocks as deceased had not brought a dowry to accused-appellants expectations. Upon a message by the deceased, Muhammad Arshad visited her to take her back. However, their house was attacked that night and Kausar Bibi was killed. Upon indictment, appellant blamed dacoits to have murdered the deceased.  The trial Judge convicted the appellant under Section 302(b) of Pakistan Penal Code, 1860 and sentenced him to death along with a direction to pay Rs 100,000.

Learned counsel for the appellant Nawab Ali Mayo, contended that the appellant should not be convicted merely upon his failure to satisfactorily explain as to what happened on that night. He further added that the presence of witnesses was extremely doubtful. He pleaded that it would have been unsafe to maintain conviction. Moreover, a co-accused was acquitted on the same grounds but the appellant was convicted.

Contrarily, the learned counsel for the respondent Mehmud ul Islam, vehemently defended appellant’s conviction on the ground that plea advanced by him was preposterous and was rightly rejected which in retrospect established his presence at the spot, thus there was no space to entertain any hypothesis of his innocence.

The Court observed that silence or implausible explanation could not equate with failure within the contemplation of Article 121 of Qanoon-e-Shahadat Order, 1984 which dealt with the exceptions of a case. Further, the appellant had not denied his presence, but these factors by itself could not hypothesize presumption of his guilt in the absence of positive proof. It was opined that suspicions are not a substitute for legal proof, and a suspect cannot be condemned on the basis of moral satisfaction in the absence of evidentiary certainty. Furthermore, the Court observed that convicting a co-accused on the same ground on which another accused has been acquitted, was wrong and it required immediate ratification. Thus, the Court allowed the appeal and ordered the immediate release of the appellant.[Muhammad Pervaiz v. State, 2019 SCC OnLine Pak SC 13, decided on 06-05-2019] 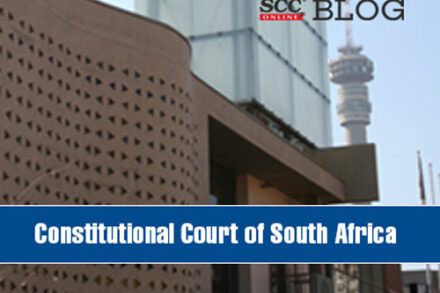 Bom HC | Rise of COVID-19 Cases in State of Maharashtra: State to file information on measures to de-congest jails, to control spread of virus & status of COVID cases