Delhi High Court: Sunil Gaur, J. allowed a petition for quashing an FIR filed under Sections 498-A and 406 read with Section 34 IPC and the proceedings arising therefrom.

The quashing of FIR was sought on the basis of mediated settlement reached at between the parties. The complainant was present in the Court and she was identified by the Assistant Sub-Inspector on the basis of her identity proof. She submitted that the dispute between the parties had been amicably resolved vide mediated settlement dated 20-3-2018 and the terms thereof had been fully acted upon. She affirmed the contents of her affidavit filed in support of the present petition and submitted that now no dispute with the petitioners survive and therefore, the proceedings arising out of the FIR in question may be brought to an end.

The High Court relied on the Supreme Court decision in Parbatbhai Aahir v. State of Gujarat, (2017) 9 SCC 641 wherein the parameters for exercising inherent jurisdiction under Section 482 CrPC for quashing of FIRs/complainants were reiterated. Allowing the petition, the Court stated, “Since the subject matter of this FIR is essentially matrimonial, which now stands mutually and amicably settled between parties, therefore, continuance of proceedings arising out of the FIR in question would be an exercise in futility.” The petitioners were directed to deposit costs of Rs 25,000 with the Prime Minister’s National Relief Fund. [Vipin Mittal v. State, 2019 SCC OnLine Del 7635, decided on 15-3-2019] 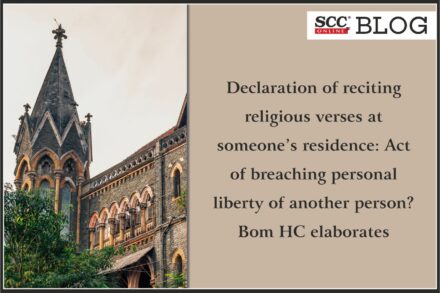 Why Delhi HC, in exercise of its writ jurisdiction, condoned the delay in filing reply to FER, when Patent Act/Rules mandate ‘deemed abandonment’ in case of timely non-compliance