The National Human Rights Commission has taken suo motu cognizance of media report that in Pusaina village of district Mainpuri of Uttar Pradesh out of 300 families, 150 have widows in the age of 25 to 65 years whose husbands died after consuming spurious liquor in the last 15 years. Reportedly, around 10,000 to 12,000 litres of liquor is manufactured and sold in the area every day despite police claiming to have cracked down on the illegal trade. The villagers are hesitant to say anything due to fear of the liquor mafia.

The Commission has observed that the contents of the news report, if true, indicate failure on part of the concerned authorities for not taking lawful action against the culprits forcing the distort families to lead miserable lives violating their Rights to Life, Liberty and Dignity. Accordingly, it has issued a notice to the Chief Secretary, Government of Uttar Pradesh calling for a detailed report in the matter within four weeks. The report should be comprehensive, covering the steps taken/proposed to be taken by the state agencies along with status of benefits of the social welfare schemes provided to the aggrieved families.

The Commission has further observed that apparently no strict action has been taken by the police authorities and the administration to curb the menace. The illegal business of hooch has been trading in the area for the years together as mentioned in the news report and no action seems to have been taken, to address the core issue. Recently, near about 100 people died in a hooch tragedy occurred in Saharanpur and Kushinagar districts of Uttar Pradesh and Haridwar district of Uttarakhand. As per media reports, the hooch was suspected to be made in the villages that fall near the Uttarakhand and Uttar Pradesh border.

According to the media report, carried today on the 18th February 2019, that in the Pusaina village there are families, which have lost more than one male member. The noxious alcoholic concoction, that sometimes comes mixed with deadly urea, battery fluid and chemicals, for an instant and extra high, is the main cause of deaths in such a large number.

Reportedly, according to local residents, Of these, 600 to 700 litres is manufactured in the Pusaina village alone, right under the nose of police and the Excise Department. It is mentioned in the news report that usually 60 to 80 litres of liquor is consumed by the villagers per day and the remaining is supplied to the nearby villages and adjoining districts. The liquor made in Pusaina is reportedly very popular due to mixing of urea in jaggery and yeast, to ‘guarantee’ a strong kick.

It is mentioned in the news report that when the correspondent of the newspaper reached the village and talked to one of the women said that if we speak to you, tomorrow we will have to face the consequences for it. This woman, aged 45 years, has lost her husband and also four children between 18 to 24 years of age to hooch, some years ago. The village Pradhan has also stated that the hooch business in the village has now declined in comparison with the past, but it still continues. He has further mentioned that he tried to stop the illegal trade in the village after many deaths occurred but he was threatened by the mafia. Not only this, even the children of 10 years of age are involved in the illegal hooch trade, with the passage of time, they also become the consumers of the spurious liquor.

As mentioned in the news report, the Superintendent of Police, Mainpuri has stated that they have been making sincere efforts to destroy the illegal business in the district and have seized property worth Rs. 11 Crore from some of the kingpins of the liquor mafia and the police parties are also conducting raids, to destroy the network. The news report has also mentioned that a Social Worker, who is also member of the Bal Kalyan Samiti of Mainpuri, has insisted that there should be a rehabilitation programme in the village to end the liquor business and the widows should be provided the benefit of the government schemes but nothing has been done so far. 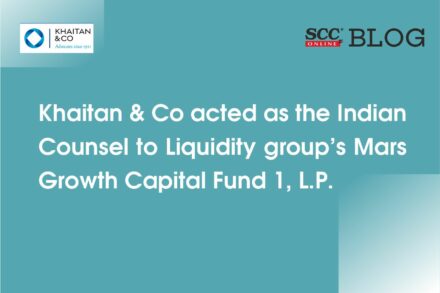