Securities and Exchange Board of India (SEBI): The Board comprising S.K. Mohanty whole time member, concluded that launching/ floating/ sponsoring / causing to sponsor any ‘collective investment scheme’ (CIS) by any person requires obtaining of a requisite certificate of registration from SEBI.

Maitreya Plotters and Structures Private Limited (MSPSL), a company engaged in the real estate business purchased large quantities of land in different States, divided it into smaller plots as per requirements of customers and then sold it. In the year 2013, it was found that MSPSL had illegally mobilized funds from the public through CIS without obtaining a certificate of registration from SEBI.

The issue for determination was: whether mobilization of funds by MPSPL under its various schemes/plans for ‘purchase or booking of plots of land’ fell under the ambit of CIS in terms of Section 11AA of the SEBI Act, 1992.

The Regulator noted that payments received from investors were pooled and utilized by MPSPL for its schemes. The property, that was part of its scheme, was managed by MSPSL on behalf of investors. An agreement entered into between investor and MPSPL vested it with the right to carry out development work on the plot, and investor was handed over the plot only after the said development was complete even if he had paid the entire consideration. Thus, investors were not aware of the plot allotted to them and did not have any control over utilization of funds for its development.

In view of the above, it was held that scheme offered by MPSPL was a CIS and required to be registered as mandated under Section 12(1B) of the Act.  MPSPL and its Directors were held jointly and severally liable to wind up its existing CIS and refund the contributions collected from investors with returns due to them and submit a report thereon to SEBI. [Maitreya Plotters and Structures (P) Ltd., In re,  WTM/SKM/EFD DRA1/06/2018-19, Order dated 31-01-2019]

Utt HC | Barring an election petition for non-issue of notice to opposite party – beyond jurisdiction when prescribed authority did not frame an issue regarding S. 80 CPC

Accused cannot be subjected to narcoanalysis, polygraph and BEAP tests against his will & consent 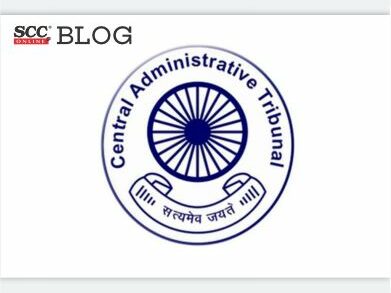 [DSSSB] CAT, Delhi directs State to constitute an expert body to examine the Answer Key for question paper for the post of Librarian