Patna High Court: A Single judge bench comprising of Birendra Kumar, J. allowed the plea for anticipatory bail of a person apprehending arrest under the Scheduled Castes and Scheduled Tribes (Prevention of Atrocities) Act, 1989 (SC/ST Act), on the ground of inconsistencies in statements of prosecution.

A police case was registered inter alia for poisoning the cow of a person who was purportedly the informant of offences committed by appellant under Sections 341, 323, 429, 506, 504 of the Indian Penal Code, 1860  as well as Sections 3(i)(x) of the SC/ST Act. The instant appeal was preferred under Section 14-A(2) of the SC/ST Act against trial court’s order refusing appellant’s prayer for grant of anticipatory bail.

The High Court noted that there were inconsistencies in statements made by the informant in first information report (FIR) and that of his daughter as recorded in the case diary. Informant was not the eyewitness of the occurrence alleged. His daughter was examined by the police and her statement recorded in case diary did not contain the name of the appellant. Rather, she had alleged some unknown persons to have poisoned the cow of the informant. Informant’s daughter had not supported other allegations disclosed in the FIR.

In view of the above, the appeal was allowed and anticipatory bail was granted to the appellant in the event of his arrest, subject to the condition of full cooperation in the investigation/trial of the case, failing which trial court would be at liberty to cancel his bail bond.[Brihaspati Sah v. State of Bihar,2018 SCC OnLine Pat 1994, decided on 02-11-2018] 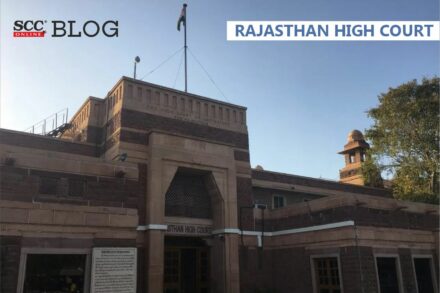