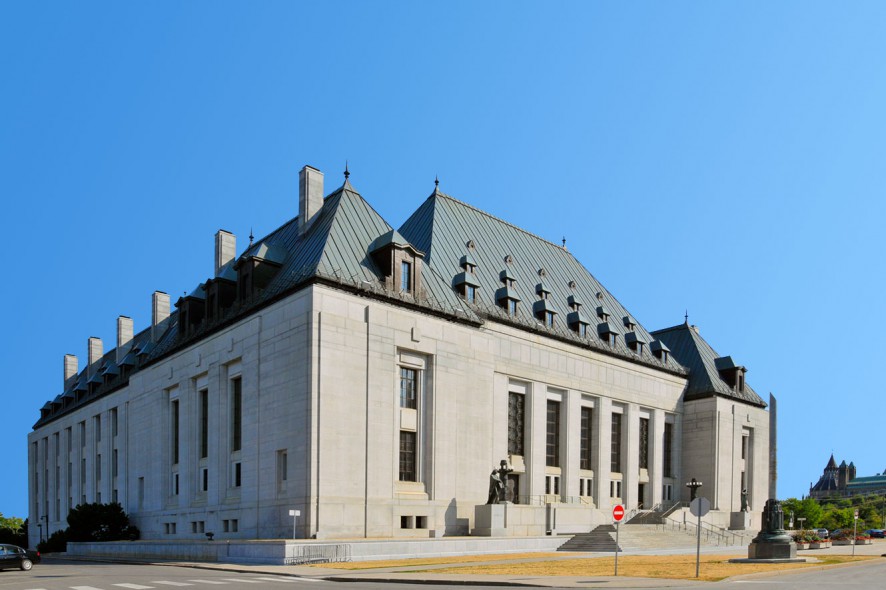 Supreme Court of Canada: The Court addressed an appeal on the challenge being made to Section 121 of the Constitution Act, 1867 which subsequently puts Section 134 (b) of Liquor Control Act unconstitutional in nature.

The appeal was filed by a resident of New Brunswick as he was stopped and imposed fine while returning from Quebec for carrying alcohol in excess of the applicable limit. The appellant was charged under Section 134(b). The dispute arose out of Mr. Comeau’s assertion that Section 121 of the Constitution Act, 1867 prevents the province of  New Brunswick from legislating that New Brunswick residents cannot stock alcohol from another province.

The appeal was raised on two issues, wherein it was concluded that the trial judge erred in departing from the previous decisions of this court and Section 134(b) did not infringe Section 121. The Trial Judge found Section 134(b) of no force and therefore dismissed the charge.

The appellant i.e Mr. Comeau advanced a new and radical proposition that “admitted free” in Section 121 meant that provincial laws did not do anything to impede, or made more difficult, the flow of goods across provincial borders, directly or indirectly. He essentially contended that Section 121 was a “free trade” provision that was established to foster the full unimpeded economic integration of the new federation.

However, the appeal when referred to the Supreme Court looked at the various aspects and extent of the mentioned Sections and further stated that Section 121 prohibits laws restricting inter-provincial trade, but only where restricting trade is the laws’ main purpose. Section 121 guarantee free inter-provincial trade. The prohibition that has been mentioned acted like a tariff at the extreme end of the spectrum. Therefore, the Crown’s appeal was allowed. [R v. Comeau, 2018 SCC OnLine Can SC 18, decided on 19-04-2018]