Supreme Court: Paying heed to the plight of the retired Government Servants who had alleged unfair treatment pertaining to reimbursement of medical claims under the Central Government Health Scheme (CGHS), the bench of R.K. Agrawal and Ashok Bhushan, JJ directed:

The Court was hearing the matter where, out of the total bills amounting to Rs. 13,84,440, a 70-year-old pensioner was paid only Rs. 5,84,885. Hence, the petitioner was denied Rs. 7,99,555. The State had, on the other hand, contended that the rates charged by the hospitals were exorbitant whereas the rates charged for such facility shall be only at the CGHS rates and that too after following a proper procedure given in the Circulars issued on time to time by the concerned Ministry. The Court, however, noticed that the petitioner was taken to hospital under emergency conditions for survival of his life which requirement was above the sanctions and treatment in empanelled hospitals and hence, it directed the reimbursement of the due amount.

“The relevant authorities are required to be more responsive and cannot in a mechanical manner deprive an employee of his legitimate reimbursement. CGHS was propounded with a purpose of providing health facility scheme to the central government employees so that they are not left without medical care after retirement. It was in furtherance of the object of a welfare State, which must provide for such medical care that the scheme was brought in force.”

Madras HC | Judiciary, Legislature and Morality-A jamboree for the online gaming adherents | Holds the statute invalid in ‘every pore’ that ‘cries out’ to be so 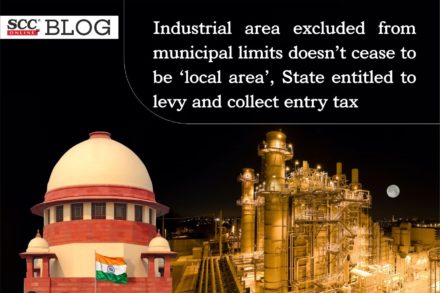 [MV Act] Chh HC | Whether ‘gratuitous passenger’ is covered for compensation under ‘Liability Only Policy’ by insurance company? Ambit of “Legal representatives’ discussed