The world was shocked seeing the Sri Lankan economy collapse. Many reasons have been attributed but the major ones seem to be lowering of taxes and provision of free goods and services. In India, the term “freebie” is well known. Political parties in the last few decades have been promising literally the sky when it comes to their manifesto. What is spoken in their campaign is a separate subject by itself, but the harsh reality is that political parties promise freebies in their manifesto. Sometimes one may wonder as to whether it is an advertisement for consumer durables or a manifesto. Television sets, cycles, laptops, smartphones, grinders, gold, etc. are promised to be given free if voted to power. Some parties go further and promise free water, free electricity, monthly allowances to various categories of people.

In India subsidies in various forms exist from time to time and there is severe resistance if any attempt is made to reduce or eliminate these subsidies. However, these subsidies are at least factored in the budgets of the Government.

When freebies are promised, there is no matching plan to indicate as to where the resources are going to come to fund such largesse. Ultimately, the citizen's grievance is that the tax paid he paid is used for funding these promises in case a party that wins the election chooses to implement the promises made.

There is also extensive debate amongst parties as to whether providing education or development schemes or providing free bus passes or other targeted benefits can qualify as freebie or not. It is a fact that India is still dealing with poverty and there is a vast population which would stand benefited by some of the freebies. Even the population which is not so poor is keen to get the freebies promised.

Various petitions were filed challenging the promises made by political parties for distribution of free goods as part of their election manifesto or during election speeches. The petitions challenged pre-election freebies which may influence voters and also challenged grant of benefit by Government which do not relate to any welfare measure or developmental activity. The main contention of the petitioner was that these pre-election promises are being made without any assessment of financial implications on the State and that it is only an attempt to attract the vote bank. It was further contended that the taxpayers' money was being misused for political parties/candidates to gain or retain power.

The Union stated that it had a very limited role and suggested that the Court may constitute a commission; the Election Commission had taken a stand that it has limited scope to interfere in the promises made by political parties/candidates; some political parties filed intervening applications challenging the maintainability of the petitions.

The Supreme Court observed that freebies may create a situation wherein the State Government cannot provide basic amenities due to lack of funds and the State is pushed towards imminent bankruptcy. At the same time, all promises cannot be equated with freebie as they relate to welfare scheme or measures for the public good1.

The Supreme Court has framed the following preliminary issues:

(i) What is the scope of judicial intervention with respect to the reliefs sought in the present batch of petitions?

(ii) Whether any enforceable order can be passed by the Court in these petitions?

One of the submissions was to the effect that the earlier judgment2 of the Supreme Court requires reconsideration. In the said case, the Court had held that promises do not fall within the ambit of corrupt practices as specified under Section 123 of the Representation of the People Act, 19513 and issued directions to the Election Commission regarding framing of guidelines. It was pointed out that the judgment was flawed as it implies that Directive Principles of State Policy can override fundamental rights under Part III of the Constitution4, which is against the law settled by the Constitutional Bench of the Supreme Court. 5

If one were to analyse the submissions, observations and the preliminary issues raised by the Court, the following emerges:

(i) Whether judicial intervention is possible or not will have to be decided first.

(ii) In case judicial intervention is called for, then the decision in S. Subramaniam Balaji6 would be tested again.

(iii) The Court will also decide whether it has the power to pass an enforceable order in the petitions and also decide upon the appointment of an expert body and the role of the expert body.

Article 141 of the Constitution7 provides that the law declared by the Supreme Court shall be binding on all courts within the territory of India.

Article 142 of the Constitution8 confers power on the Supreme Court to pass such decree or make such order as is necessary for doing complete justice in any cause or matter pending before it and any decree or order so made shall be enforceable throughout the territory of India in such manner as may be prescribed by or under any law made by Parliament and until provision in that behalf if so, made as the President may by order prescribed. No Central or State law can limit or restrict the power under Article 142. Powers under Article 142 have been exercised and guidelines have been issued in the context of adoption of minor children by foreigners/prevention of sexual harassment of working women at the workplace/norms for appointment and transfer of Judges, etc. Therefore, it is open to the Supreme Court to exercise powers conferred under Article 142 to prevent irrational freebies.

The issue of freebies had come up before the Supreme Court9 wherein Dravida Munnetra Kazhagam (DMK) while releasing the election manifesto for Assembly Elections, 2006, announced a scheme of distribution of free colour TV to every household if the party/alliance was elected to power. The appellant had filed a writ petition before the Madras High Court on the ground that the expenditure to be incurred by the State Government for its implementation out of the State exchequer is unauthorised, impermissible, and ultra vires the constitutional mandate. The High Court dismissed the writ petitions, and the matter came up before the Supreme Court. The Division Bench of the Supreme Court had held that promises in the election manifesto cannot be read into Section 123 of the Representation of the People Act, 1951 for declaring it to be a corrupt practice. However, reality cannot be ruled out that distribution of freebies of any kind, undoubtedly influences all people and shakes the root of free and fair elections to a large degree. The Court held that it has limited power to issue directions to the legislature to legislate on a particular issue. The Court also observed that the State distributing largesse in the form of distribution of colour TVs, laptops, etc. to eligible and deserving persons is directly related to the directive principles of the State policy. Therefore, it cannot be said that giving such items is not an expenditure for public purpose. Since there is no enactment that directly governs the contents of election manifesto, the Court directed the Election Commission to frame guidelines for election manifesto released by a political party and the same can be included in the Model Code of Conduct. The Court also recorded a need for a separate legislation to be passed by the legislature. In effect, even though directions were given, the Supreme Court dismissed the appeal against the decision of the Madras High Court.

Fresh round of litigation

Now the issue is before the Supreme Court once again after nearly a decade and the earlier decision of the Supreme Court in S. Subramaniam Balaji10 will be examined by a three-Judge Bench. Hopefully, in this round of litigation, this issue is adequately addressed, and the menace of irrational freebies is eradicated.

It is not going to be an easy road given the fact that none of the political parties would be keen to do away with freebies. A possible solution lies in amending the Representation of the People Act to address the lacuna pointed out by the Supreme Court in the aforesaid judgment.11

The Supreme Court referred to Section 123(1) of the Representation of the People Act, 1951 which dealt with bribery and concluded that the provision speaks only about a candidate or his agent or any other person and that there is no word about political parties.

If need be, a new chapter can be introduced into the Representation of the People Act specifically prohibiting the promise of irrational freebies by political parties in election manifesto with consequences for violation. Care should be taken while drafting the items in the negative list given the fact that an election manifesto would also comprise of other commitments with reference to growth, development, youth, environment, employment, etc. All promises may not amount to freebies. The observations of the Supreme Court and its expression of anguish would go a long way in finding a solution to address the potential economic disaster that can hit the country on account of irrational promises leading to increase in State debt, which also affects the country as a whole.

* Tax Consultant and Advocate, Madras High Court. Author can be reached at vaithilegal@yahoo.co.in and vaithilegal@gmail.com. 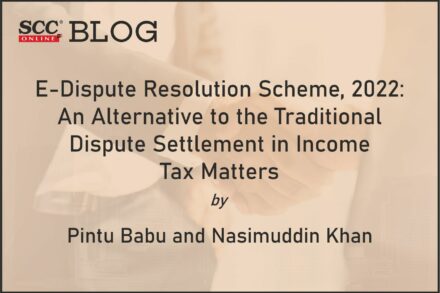 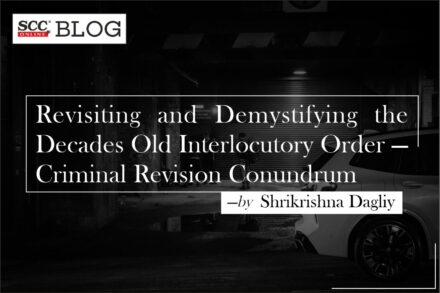 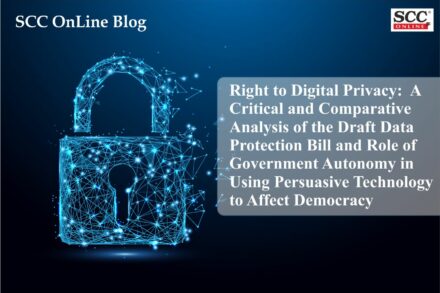 Right to Digital Privacy:  A Critical and Comparative Analysis of the Draft Data Protection Bill and Role of Government Autonomy in Using Persuasive Technology to Affect Democracy