Supreme Court: In the 2018 horrific case relating to the abduction, rape and murder of an eight-year-old girl in Kathua District of J&K by six men and one accused claiming to be a juvenile at the time of the incident, the bench of Ajay Rastogi and JB Pardiwala*, JJ has held that the respondent accused was not a juvenile at the time of commission of the offence and should be tried the way other co-accused were tried in accordance with the law.

Stating that law has to take its own course and that the Court was only deciding the issue of juvenility in the case at hand, it was clarified that the guilt or the innocence of the respondent accused shall be determined strictly on the basis of the evidence that may be led by the prosecution and the defence at the time of the trial.

The 8-year-old victim belonged to a nomadic Muslim community. She disappeared for a week before her body was recovered by the villagers a kilometer away from the Rasana village. The entire crime was calculated, ruthless and heinous. Its execution was vicious and cruel, by any stretch of imagination. One of the accused persons was the priest of a Hindu temple where the incident allegedly took place. The respondent herein is his nephew.

In all eight individuals were arrested in connection with the ghastly crime which includes the respondent herein. Since the respondent herein claimed to be a juvenile, his trial was separated. Out of the remaining seven, six accused stood convicted and one accused was acquitted. Three of those convicted were sentenced to life imprisonment and remaining three to five years rigorous imprisonment.

Is the accused really a ’juvenile’?

Sub-rule (3) of Rule 74 of the Jammu and Kashmir Juvenile Justice (Care and Protection of Children) Rules, 2014, provides that in the absence of the certificates mentioned in subclause (i) to (iii) or in the event of any contradiction arising therefrom, the authority deciding the issue of age may refer the matter to a duly constituted medical board which, in turn, would record its findings and submit to the Juvenile Justice Board. However, in the case at hand, there are discrepancies in the certificates on record disclosing the date of birth of the respondent.

Unimpressed with the submission canvassed on behalf of the respondent that even if there are contradictions or discrepancies in the documentary evidence of record there is not a single date emerging on record on the basis of which it could be said that the respondent was major on the date of the alleged offence, the Court observed,

“That is not the correct way of looking at the core issue. The correct way of looking at the core issue is to closely examine whether there is any cogent or convincing evidence as regards the correct date of birth of the respondent accused and after ascertaining the same, reach to an appropriate conclusion. If, there is any doubt in this regard, there is no good reason why the matter should not be referred to a duly constituted medical board which shall, in turn, record its findings and submit to the Juvenile Justice Board. The word “may” should be read as “shall” having regard to the very object of sub-rule (3) of Rule 74.”

Reiterating the settled principle of interpretation that the word ‘may’ when used in a legislation by itself does not connote a directory meaning, the Court explained that if in a particular case, in the interests of equity and justice it appears to the court that the intent of the legislature is to convey a statutory duty, then the use of the word ‘may’ will not prevent the court from giving it a mandatory colour.

The Court observed that it is no doubt true that if there is a clear and unambiguous case in favour of the juvenile accused that he was a minor on the date of the incident and the documentary evidence at least prima facie establishes the same, he would be entitled to the special protection under the Juvenile Justice Act. However,

“when an accused commits a heinous and grave crime like the one on hand and thereafter attempts to take the statutory shelter under the guise of being a minor, a casual or cavalier approach while recording as to whether an accused is a juvenile or not cannot be permitted as the courts are enjoined upon to perform their duties with the object of protecting the confidence of a common man in the institution entrusted with the administration of justice.”

Hence, the impugned order passed by the CJM, Kathua and the High Court has been set aside and the respondent has been directed to be tried the way other co-accused were tried in accordance with the law. 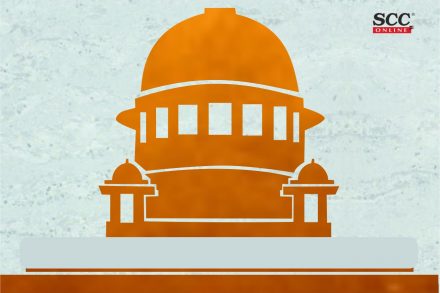