Tripura High Court: The Single Judge Bench of S.G. Chattopadhyay, J. clarified that when a vehicle is confiscated as per the Narcotic Drugs and Psychotropic Substances Act, 1985 (hereinafter “the NDPS Act”) then in case, no owner comes forward to claim the ownership of the vehicle within 30 days, the court may pass an order directing the Drug Disposal Committee for disposal of the vehicle by sale. In no way does it bar the owner from approaching the court and filing an application for releasing the vehicle after expiry of 30 days.

In the present case, SI of Police, pursuant to secret information, spotted a truck and the truck along with its driver were detained and a search was carried out in the said truck. During the search of the truck, 215 kgs of dried ‘ganja’ in plastic packets was recovered and moreover, two fake registration plates were also recovered from the possession of the driver of the truck. Therefore, a case was registered under Sections 20(b)(iii)(c), 25, 27 and 29 of the NDPS Act and the truck was also seized.

The owner of the truck filed a petition before the Trial Court for the release of his truck and contended that he had no idea about the fact that the driver was carrying dried ganja in his truck. The owner claimed that only after delivery of the consignment did the driver fit and displayed the fake registration plate on the truck beyond his knowledge. The Special Judge disbelieved the contention of the owner and declined to release his truck. Hence, this petition.

The Counsel for the Respondent contended that the owner of the truck should have come and sought release of the truck within one month of its seizure in terms of the law. But he has come after a long lapse of time and that too without any genuine ground. The Counsel, therefore, submitted that the plea of the owner should not be accepted.

Section 63 of the NDPS Act provides the procedure relating to confiscation. For purpose of reference, the relevant statutory provision is extracted hereunder:

“(1) In the trial of offences under this Act, whether the accused is convicted or acquitted or discharged, the court shall decide whether any article or thing seized under this Act is liable to confiscation under section 60 or section 61 or section 62 and, if it decides that the article is so liable, it may order confiscation accordingly.

(2) Where any article or thing seized under this Act appears to be liable to confiscation under section 60 or section 61 or section 62, but the person who committed the offence in connection therewith is not known or cannot be found, the court may inquire into and decide such liability, and may order confiscation accordingly.

Provided that no order of confiscation of an article or thing shall be made until the expiry of one month from the date of seizure, or without hearing any person who may claim any right thereto and the evidence, if any, which he produces in respect of his claim:

Provided further that if any such article or thing, other than a narcotic drug, psychotropic substance, 1 [controlled substance], the opium poppy, coca plant or cannabis plant is liable to speedy and natural decay, or if the court is of opinion that its sale would be for the benefit of its owner, it may at any time direct it to be sold; and the provisions of this sub-section shall, as nearly as may be practicable, apply to the net proceeds of the sale.”

The Court thus, allowed the petition and directed that the truck be released to the owner on furnishing bail bond off Rs. 10,00,000 supported by two local sureties and under the following terms and conditions:

(i) The owner of the truck shall keep the truck in good condition, and he will not transfer the truck or bring about any change in the truck in any manner, whatsoever, until disposal of the case pending before the trial court and the confiscation proceeding, if any.

(ii) The truck shall be produced by the owner as and when directed.

For the Petitioner(s): S. Lodh;

For the Respondent(s): Ratan Datta, PP;

SL SC | Decision-maker owes a duty to Court to disclose reasons for decision; Art. 12 (1) of Constitution found to be violated

Whether ‘Printing Press’ is a manufacturing process under Employees State Insurance Act? All HC answers 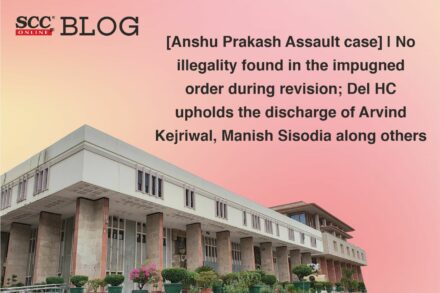