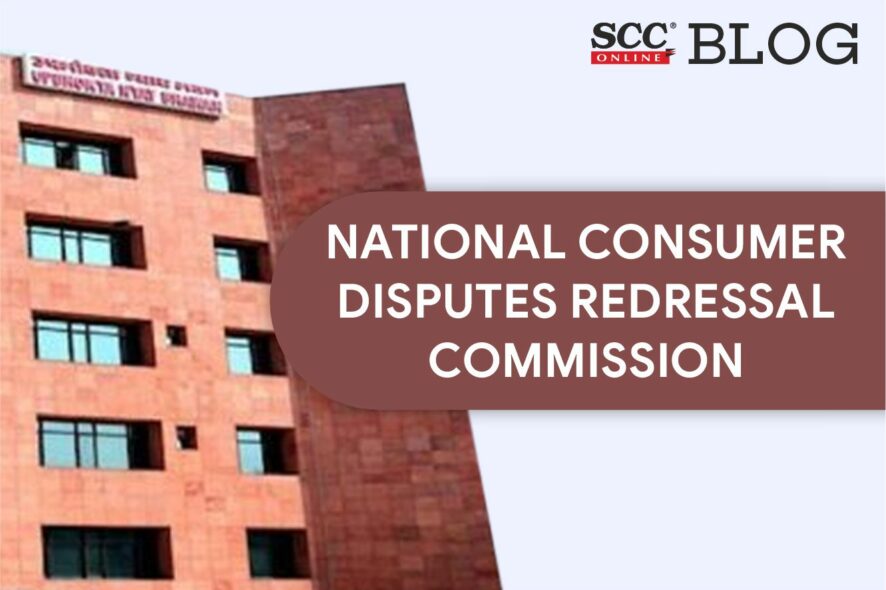 National Consumer Disputes Redressal Commission (NCDRC): While deciding the instant complaint wherein the issue was that whether the treating doctors at Sankara Nethralaya committed the breach in their duty of care while performing a corrective surgery for squint eye, which was the proximate cause of death of the child; the Bench of R.K. Agarwal, J., (President), Dr. S.M. Kanitkar and Binoy Kumar (Members) observed that it is well established that a hospital is vicariously liable for the acts of negligence committed by the doctors engaged or empaneled to provide medical care and it is common experience that when a patient goes to a hospital, he/she goes there on account of the reputation of the hospital, with the hope that proper care will be taken by the hospital authorities. If the hospital fails to discharge their duties through their doctors, it is the hospital which has to justify the acts of commission or omission on behalf of their doctors.

Facts of the Case: The complainants' son, Anmitra (6 years) was taken to Chennai at Sankara Nethralaya for his squinting eyes. Dr. S. Agarkar examined the child on 12-06-2000 and advised minor surgery to correct the squint and proposed the name of Senior Surgeon – Dr. T. S. Surendran for the operation to be done on 14-06-2000. The pre-operative investigations, blood and urine tests were conducted and the child was clinically examined, and a faint functional systolic ‘murmur' and chest wall abnormality was noticed. The same was brought to the notice of Dr. S. Bhaskaran, a Senior Cardiologist, who further examined the child with some exercises and concluded about no murmur and he also ruled out further need for any tests like ECG, ECHO or Chest X-ray etc. and declared the child “Fit for General Anesthesia”.

The surgery was fixed on14-06-2000 and as advised, the complainants took their child on empty stomach to the hospital at 9.00 a.m., but the bed to the child was allotted at around 2.00 p.m. The child was administered three injections and about 3.00 p.m., he was taken to Operation Theatre. At about 6.00 p.m. the complainants were given shocking news that their child had expired on the operation table. The discharge summary was released with a delay and was vague regarding the details of Cardio Pulmonary Resuscitation (CPR) and the happenings in the operation theatre. Despite repeated requests, the opposite parties failed to provide the child's complete medical record.

The complainants alleged that there was an excessive gap between the child's last oral intake and commencement of the surgery. The patient was fed at 6 a.m. with just two biscuits and juice but, he was taken to OT at 3.00 p.m.; thus, the child was kept on fasting for 9 hours 20 minutes, due to which he became hypoglycemic, which could have led to cardiac arrest.

It was alleged that the required dosage of anesthetics was not administered to the child on time, and the anesthetist failed to intubate, which was the cause of death. The complainants further alleged that on the day of the child's operation, Dr. T. S. Surendran had already completed 16 operations and there was no hurry to operate on the child on the very day itself, wherein a high degree of care was needed. Being aggrieved by the gross medical negligence on the part of opposite parties, the complaints came before the NCDRC and prayed for Rs.1,00,20,000 (Rs 1 crore) as compensation.

The counsels for the complainants contended that this is a case of res ipsa loquitor and the opposite parties have failed to discharge their burden on the facts and circumstances of the case.

The counsels also argued that the squint surgery was an elective surgery and it was not an emergency. It was further contended that the operating surgeon was not aware about the special warnings to use of Scoline in pediatric cases and the anesthetist failed to warn the surgeon about it. The counsels submitted before the Commission that the deceased was the couple’s only child and the mother had already undergone hysterectomy in 1997; thus, she has lost the chance of having another child.

Per contra, the opposite parties argued that Sankara Nethralaya is a charitable non-commercial, non-profit making institution in Ophthalmology and that the complainants have made vague and sweeping allegations against them. It was submitted that even after the filing of complaint, they carried out a media trial, compelling the opposite parties to obtain orders of restraint.

It was further submitted that the entire details of the treatment given to the patient was reviewed by four independent committees of experts as per the standard of practice, and those experts did not make any adverse comment or report on the treatment and hospital facilities.

Regarding the incorrect dosage of anesthesia, the counsels submitted that Halothane mask induction was followed by scoline and the patient was intubated with endotracheal tube which was the standard and most commonly used practice in children.

Observations: While perusing the facts and contentions of the case, the Commission made the following observations-

Decision: The Commission noted that hospitals are vicariously liable for the acts of negligence committed by their doctors. With the afore-stated observations the Commission held Sankara Nethralaya to be vicariously liable for the acts of omission and commission committed by their doctors and are liable to pay compensation to the complainants.

Noting that the mother of the deceased child had already undergone hysterectomy and there is no chance to have another baby; medical negligence having been conclusively attributed to the treating doctor at Sankara Nethralaya and having regard that the complainants lost their only son; the Commission considered that compensation of Rs. 1 Crore to the complainants is just and fair.

For the Opposite Parties:

Del HC | Court approves of road map prepared by Delhi Police for online reporting of missing persons: hopes that time-frames shall be duly complied with