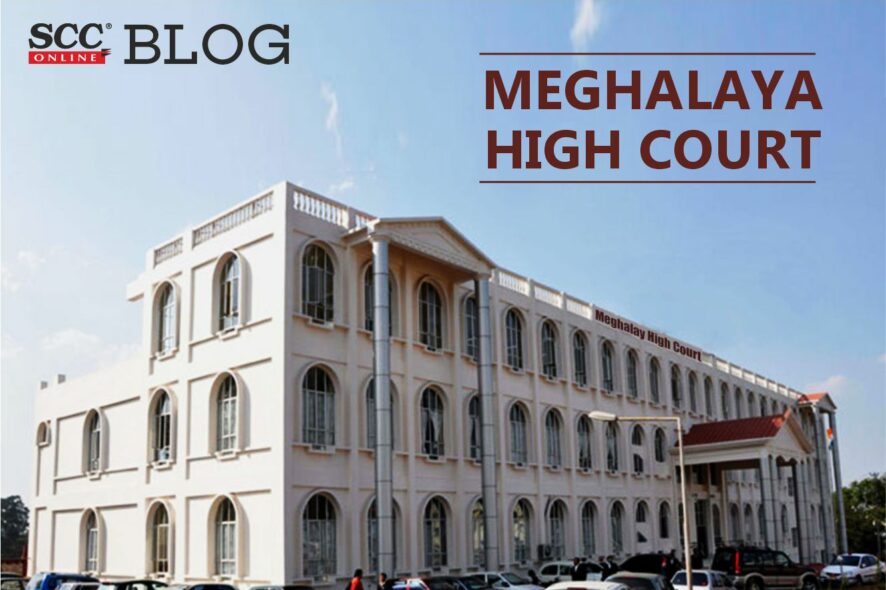 Meghalaya High Court : The Division Bench comprising of Sanjib Banerjee*, CJ and W. Diengdoh, J., while deciding an appeal by appellant regarding unfair rejection in the interview for the post of driver in the Directorate of Soil and Water Conservation expressed their concern over ‘Favouritism' and ‘Nepotism' affecting government’s recruitment drives.

The writ appeal was filed by the appellant challenging the selection process adopted by the Directorate of Soil and Water Conservation of the State for appointing two drivers. In the practical examination which tested the candidates’ driving skills, the appellant secured the highest mark i.e. 84. But other candidates who barely met the qualifying marks were called for the interview and obtained exceptionally high marks in the interview.

The Court observed that usually for any form of assessment certain parameters are involved but, in this case, it appears no such guidelines were followed. The Court stated that

“Keeping in mind that this was an interview for the post of a driver, the parameters may have been awareness of traffic regulations, knowledge of roads and even an element of presentability. However, it does not appear that any guidelines were followed in assessing the candidates called for the interview.”

The Court observed that the records of the interview reeks of a completely unfair procedure being adopted, and a vile charade being enacted in the guise of an interview and all vestiges of objectivity were thrown to the wind and the marking procedure was completely arbitrary.

Referring to Articles 14, 15 and 16 of the Constitution of India, the Court opined that during the selection process for employment or appointment merits of a candidate should be assessed not irrelevant considerations and stated that:

“But just as religion, race, caste, sex, descent, place of birth, residence are to be kept out of the consideration, favouritism and nepotism would also have no role to play in the process of selection. At the end of the day it has to be a fair process and a reasonable procedure adopted for the selection; or it would fall foul of the constitutional ethos.”

Despite observing the arbitrarily manner in which the selection process was conducted, the Court refrained from annulling the appointments on the ground of period of limitation and opined that the State Government should consider the appellant favourably in any future selection process for appointment in any category of post for which the appellant he is eligible to apply, and he would be entitled to have a five-year latitude in respect of the age bar to apply for government positions or in the State public sector undertakings.

The Court directed the Chief Secretary to take action against the members of the interview board of the Directorate of Soil and Water Conservation who conducted the interview and hijacked the process without any adherence to ordinary norms of fairness. The Court also directed the State Government and Directorate of Soil and Water Conservation to pay damages of Rs.3 lakh as he was treated unfairly and lost a lifetime opportunity to obtain a job that he deserved. The Court also said that the State Government is open to extract the costs or a substantial portion from the members of the interview board.

Mr. B. Bhattacharjee (AAG), Counsel for the Respondent;

If transfer of capital asset is by way of compulsory acquisition then there may be a case of exemption under S. 10(37) of IT Act