Armed Forces Tribunal (Lucknow Bench): The Division Bench of Justice Umesh Chandra Srivastava, Member (J) and Vice Admiral Abhay Raghunath Karve, Member (A) upheld the antedated dismissal of the applicant which was served without any show cause notice on the ground of his involvement in espionage and anti-national activities.

In December 2006, there happened a theft case of 87 Identity Cards in the 50 Armoured Regiment. A detailed investigation was carried out by Army authorities at the highest levels which revealed that Lance Dafadar Babu Kathat of 50 Armoured Regiment was a prime suspect. Also, during further investigation, the applicant’s name was figured for communicating with Pakistan Intelligence Operatives (PIO) and it was not reported to military authorities. Further, on analysing the calls, ground verification, and interrogation, it was concluded that the applicant had links to the loss of Identity Cards and was involved in an espionage network that was controlled by the ISI agent at Gujranwala (Pakistan).

The applicant also spoke to Ranjit, a resident of Sikar, who had also received conferencing calls from the United States of America. On query, the applicant denied revealing the contents of the conversation with between Ranjit, and Lance Dafadar Babu Kathat who deserted the Army on 24.12.2006 and later was killed/committed suicide. The applicant is the last person who spoke to main suspect late Lance Dafadar Babu Kathat which again indicated the applicant’s deep involvement in the loss of Identity Cards.

The case was taken up with the higher authorities to dismiss the applicant from service on the ground of his involvement in espionage and anti-national activities. The Chief of the Army Staff vide letter dated 24-10-2011 passed an order for his dismissal under Section 20 of Army Act, 1950 read with Rule 17 of Army Rules, 1954 without issuing a Show Cause Notice. Accordingly, he was dismissed from service w.e.f. 28-12-2013.

Contentions Raised by the Applicant

Assailing the sudden and antedated dismissal on 28-12-2013 by an order dated 24-10-2011, the applicant contended that the dismissal order served after a lapse of more than 2 years, was a premeditated one so as to dismiss him from service on the flimsy ground of ‘suspected person’, that too without serving him any show cause notice or giving him any opportunity of being heard. The applicant further submitted that he was allowed to continue in service and was paid a salary and other benefits during the period between 24-10-2011 to 28-12-2013. Therefore, the applicant prayed that he should either be re-instated in service or the dismissal order be converted into discharge to enable him to receive service pension along with consequential benefits.

Stand Taken by the Respondent

The contentions raised by the applicant were contradicted by the respondent on following grounds:

The Tribunal, upon an exhaustive consideration of all the records including notings produced by the Officer-in-Charge, Legal Cell, observed that the inquiry against the applicant was initiated by lower unit/formation which travelled to the Director General of Military Intelligence, Army Headquarters and finally reached the Chief of the Army Staff who ordered the dismissal of the applicant keeping in view his involvement in espionage activities.

Relying on Union of India v. S.P. Sharma, (2014) 6 SCC 351, the Tribunal opined that as far as security is concerned, the safeguard available to civil servants under Article 311 is not available to defence personnel. In cases where continuance of Army personnel in service is not practicable for security purposes and there is loss of confidence and potential risk to the security issue then such personnel can be removed under the Army Act/Rules.

Thus, the Tribunal held that the dismissal order dated 24-10-2011 promulgated on 28-12-2013 did not suffer from any illegality, bias or malafide and needed no interference. Accordingly, the Original Application was dismissed.

Yashpal Singh, Advocate, for the Applicant.

Deepti Prasad Bajpai, Advocate, for the Union of India; 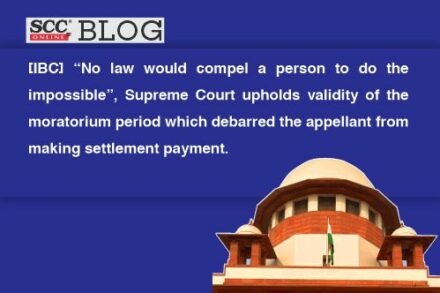